ALBUQUERQUE, N.M. – While New Mexico celebrates Indigenous Peoples’ Day, a lot of places across the country still call it Columbus Day, but two New Mexico senators want to change that.

Efforts to officially recognize Indigenous Peoples’ Day started a long time ago, far from the Land of Enchantment. Back in 1990 South Dakota became the first state to change Columbus Day to Native American Day.

Then over the years 16 other states, including New Mexico, and hundreds of cities followed suit, declaring they will call the second Monday in October Indigenous Peoples’ Day.

“Originally I learned about Columbus Day in all my text books and in school and I didn’t really understand until I was an older adult the significance of, well Columbus didn’t discover the Americas,” New Mexico State Rep. Derrick Lente spoke about his 2019 state bill to recognize Indigenous Peoples’ Day.

"On Indigenous Peoples’ Day, we honor America’s first inhabitants and the tribal nations that continue to thrive today."

Heinrich said in a statement:

"I’m proud to stand with New Mexico’s tribes and pueblos who have led the way to re-frame this national holiday to honor all of the significant contributions and diverse cultures of our native communities."

"I’m proud to help lead the effort in the senate to recognize indigenous peoples’ day – an important recognition of Native Americans’ contributions to our society, economy and history."

The bill is currently making its way through the Senate and if it passes will be introduced in the House. Since being introduced, more senators and representatives from other states have co-sponsored the bill. 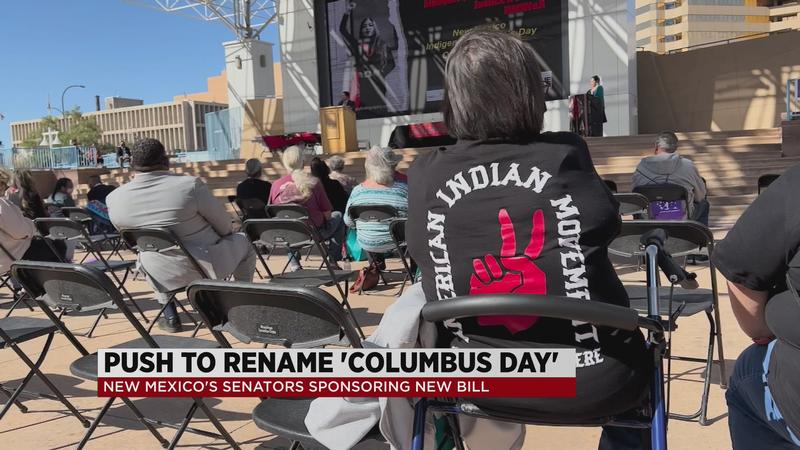