Here are the next steps for NM United’s proposed stadium

ALBUQUERQUE, N.M. – Mayor Tim Keller plans to present the resolution to the city council next Monday and if it passes the council, the fate of the new stadium will be up to voters in November.

“This resolution is going to be really simple, all this hoopla is going to be about one question on the ballot this November should the city put $50 million of bond funding toward building a stadium for a soccer team and other community uses,” said Pat Davis, city council member.

The city previously approved $400,000 to conduct a feasibility study, the contractor CAA Icon narrowed down possible locations to four sites and even drew up some tentative design. But now that the study is done, the city can’t spend any more money on the project.

“The Isotope’s stadium was built in exactly the same way, the voters had to say yes then they made the design then they remodeled the old stadium. Over time, the Isotopes have paid that back,” Davis said. “What our consultants have said is that Albuquerque is big enough to support two teams here, a baseball team and a soccer team, and they were right the first time, and we think they will be right again.”

On the ballot, if it passes, people will have to answer — yes or no? 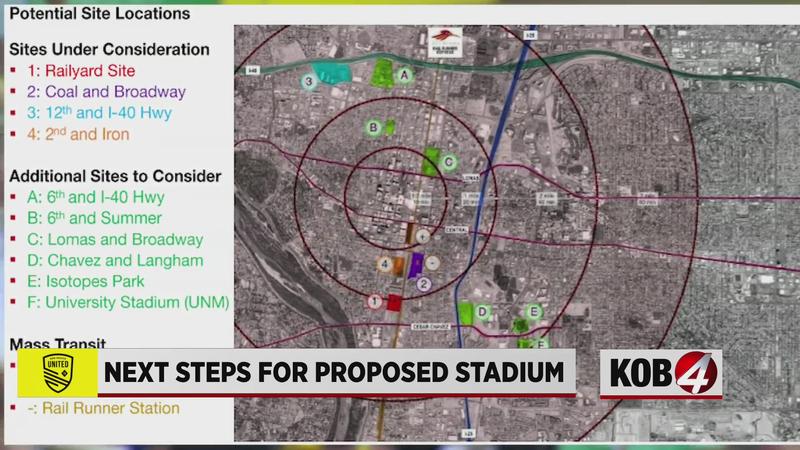 “If they say yes, then we will figure out how to do that and when and where to put it, to be sure we address those issues but we need to get permission first so that is what we are going to ask for,” Davis said.