ALBUQUERQUE, N.M. – Products like new cars and new couches can still be tough to find in New Mexico, as supply chain issues continue to cause delays.

Elaine Roy, Vice President of American Home Furniture in Albuquerque, said demand shot up early on in the pandemic, and it’s still way above normal for this time of year.

“For 18 months it’s just continually been high demand for furniture,” she said.

She said customers are coming in thinking the delays should be over, since it seemed the worst of the pandemic was behind us.

“It’s still a challenge, and we’re hoping it’ll get better, but I know people are frustrated,” said Roy. 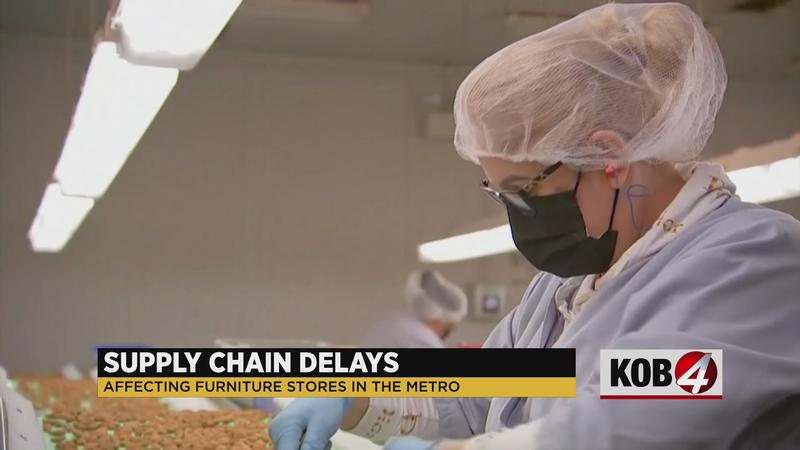 Products the store orders now could take six months to a year to arrive.

The store’s profits are okay because it says it took risks, continuing to order products to stay stocked.

Retail delays started soon after the pandemic began, and ongoing struggles due to COVID made the situation worse.

There are still production delays in Asia, as plants and ports have shut down because of COVID outbreaks. American ports are jammed up, and there are shipping delays over rail and trucks.

NBC News reporting shows ports — like those in LA — have been clogged for months, and now some of the retail giants like Walmart are taking never-seen-before steps to get an edge, even buying those huge cargo vessels.

Roy said the furniture industry has never experienced problems like this, and that it probably won’t be until at least next spring until the situation will be closer to normal.

A Rio Rancho man said he ordered a new truck five months ago and still doesn’t have it, illustrating the ongoing delays due to chip shortages.

The man, who wanted to stay anonymous, says he ordered a 2021 Ford Ranger, putting a deposit down in April, and the latest estimated date is the end of this month. He says he’s not getting updates from Ford like he’s supposed to.

“I have no idea where it’s at. None. They can’t tell me. The only thing they tell me is, ‘It’s on the rail’,” he said. “Pretty frustrated. I need it for my business.”