ALBUQUERQUE, N.M.- Many students are concerned about the end of their school year will look like after the Albuquerque Public Schools Board of Education voted to keep the district in a virtual learning setting.

"You look forward to your senior year, I think, since you are like eighth grade," said Ariana Gonzales, senior vice president at Volcano Vista High School.

Gonzales fears she will have to miss out on milestones that other students get to enjoy, such as a prom and a graduation ceremony.

"When you talk about large dances, such as prom, those are probably still prohibited by the public health order," said APS Interim Superintendent Scott Elder.

Elder said the district is planning to hold some sort of graduation celebration, but what it looks like will depend on how the virus. 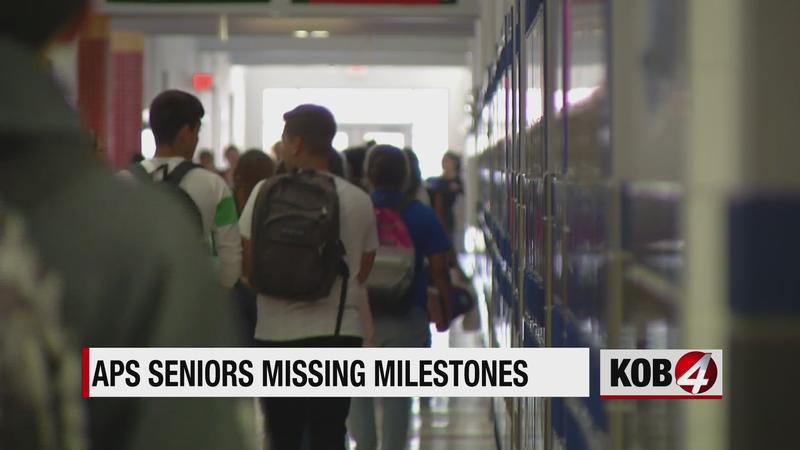 "We are planning on having face-to-face graduations they may look very different than a normal year, and it may be with a very reduced audience," he said. "Again, it’s driven by the health order."

Dr. David Peercy, president of the APS Board of Education, claims not every student felt comfortable returning to the classroom, and he believes a more normal schedule is in the future.

"They do have things to look forward to," he said. "This is a short-term thing, guys. They’re getting educated."