"We all have been affected with gun violence in our lives, whether we know someone personally – a family member, a friend, someone we had class with," Monica Aguilar, executive director of the school.

The mural took four months to complete. During that time, multiple young people have been injured, killed or arrested for violent offenses.

"We’re blinded by the crime, we all think that it’s normal because we’re used to it," said Jimmy Candelaria, a senior at Mark Armi Academy. "West Mesa had a student killed, not so far from us, and a school bus full of children tipped over because of drag racing. It’s not all just about gun violence, it’s about crime all over New Mexico."

Students were also asked to sign a pledge that they will never bring a gun to school or use one to settle a dispute. They also pledged to use their influence with their friends to keep them from using firearms as well. 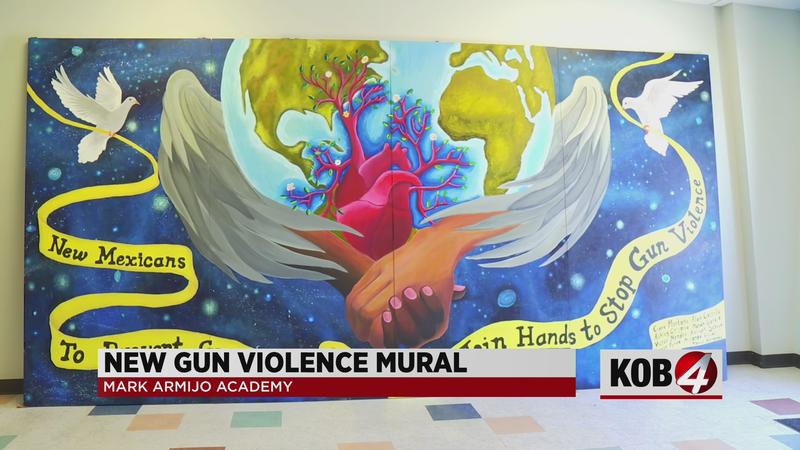 "I meet with the families of people who have lost loved ones to gun violence, and I do that almost every single week," said Bernalillo County District Attorney Raúl Torrez, who spoke at the unveiling. "And a lot of times, the people that we have lost are your age or even a little younger."