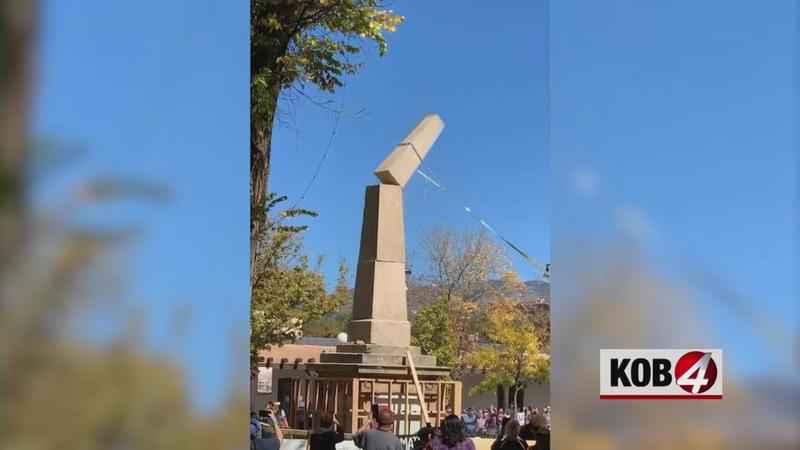 SANTA FE, N.M. (AP) — Union Protectíva de Santa Fé, a Hispanic heritage group, is suing the mayor over the destruction of a U.S. veterans memorial by activists during a demonstration on Indigenous People’s Day.

The lawsuit seeks to block Mayor Alan Webber’s plans to have the monument permanently removed and replaced with a more culturally inclusive one.

“Mayor Webber has greatly harmed every veteran, every Hispanic, every New Mexican, and all tourists with his blatant disrespect of the law that protects the Soldier’s Monument and Santa Fe Plaza,” said Virgil Vigil, president of Union Protectíva de Santa Fé. “We are asking the courts to stop this racial injustice toward all Hispanic people and northern New Mexicans, and to return honor to all of our veterans who served and sacrificed for this nation by restoring the Monument.”

Its remnants lie at the center of the city’s historic plaza, encased in a plywood box.

The lawsuit argues that the marker is covered by state law protecting historic places and must be restored.