The Cerro Pelado fire isn’t the only wildfire to move in close on Los Alamos National Lab in recent history. In 2011, the lab dealt with the Las Conchas fire and since then, they’ve been taking precautions to be prepared for this type of scenario.

"Certainly better prepared than we have been in the past 10 years," said Jim Jones program manager for LANL Wildland Fire Mitigation Project.

Over the past three to four years, the lab has been reducing the overall fuel load in the priority high fire risk areas.

"We reduced the fuel load at the laboratory by about 35 hundred tons in the last 3 and a half years," said Jones.

Each year, they’ll drive down the main roads around the lab and clear out anything that might become a hazard. That includes removing any brush or dead trees and keeping the evacuation routes clear. Crews have also created a 60-foot defensible space.

"It provides a place for firefighters to take a defensive stance against the fires coming toward laboratory property," Jones said.

Pre-positioned fire-fighting assets are also ready to help out, those include a U.S. Forest Service helicopter on site, a 20,000 gallon water dip tank, LANL water tankers and heavy equipment.

Evacuation routes are cleared and ready, fire roads and fire breaks have been inspected and familiarization tours have been provided to Los Alamos Fire Department personnel. Plus, wildland fire staff are on call and ready to respond.

"I’m confident that what we’ve done is certainly going to help," said Jones. 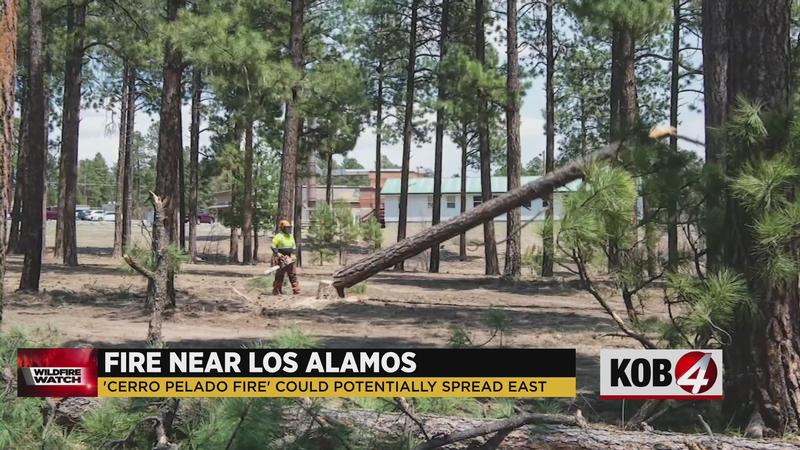