ALBUQUERQUE, N.M. — A 30-year-old Albuquerque man is behind bars after police said he hit and killed a pedestrian with his vehicle near Central and Dallas over the weekend.

Kirstin King now faces charges including homicide by vehicle, leaving the scene of an accident, and DWI.

An investigating officer described the gruesome scene in the following way:

"Due to my training and experience, when a victim is struck by a motor vehicle and amputated body parts occur, it’s an indicator that that vehicle …would have been traveling at least 60 mph.”

King made his first appearance in metro court Monday.

According to court documents, King has a history of DWI-related charges dating back to 2009—including another hit-and-run case in 2019. That case was pending when this weekend’s fatal crash occurred, a time when King was already ordered not to have alcohol by the court.

When police made contact with King over the weekend, they described a "strong odor of alcohol coming from his breath, bloodshot watery eyes and slurred speech.”

While the suspect’s toxicology report is still pending, King will stay behind bars until the state can make its case to keep him there through his trial. 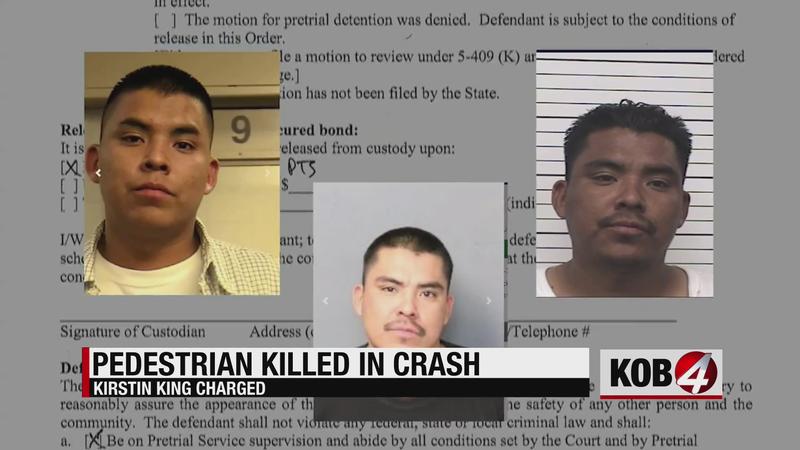