HOBBS, N.M. – Days after a newborn baby was found in a dumpster – umbilical cord still attached – the community is still reeling at the thought that someone could do such a thing.

“Look at that just like a piece of garbage then just drives off no remorse no feeling, just drives off,” said Joe Imbriale, owner of Rig Outfitters and Home Store.

The Hobbs Police Department was able to quickly get the baby to the hospital, but they say they couldn’t have done so without the help of the community and the three people who found the baby boy while looking through the dumpster.

“We want to additionally express our appreciation and gratitude to Mr. Green, Mr. Jasso and Ms. Nuttall who found the infant and notified the authorities and Mr. Imbriale who greatly assisted,” said August Fons interim police chief.

Because of surveillance footage, Alexis Avila was quickly arrested. But she didn’t stay in jail long and was released on bail. While HPD feels gratitude– the community feels outrage.

“I’ve gotten maybe 2 or 3 hours of sleep since that night, I just it just keeps running through the back of my mind the baby being tossed," Imbriale said.

Monday morning, a group of protesters gathered in front of the Lea County District Court, furious at Avila’s release.

“What does that say when we set such low bars and low bonds and there are no consequences,” said Kimberly Fields.

So far, they aren’t impressed with how the justice system is working.

“We want community change, we have a problem with this catch and release program.”

The state has filed for pre-trial detention after Avila was released, but community members say she should have stayed in jail.

Española’s Mayor Javier Sánchez and Assistant Fire Chief John Wickersham say the shocking video is an important reason to remind people about New Mexico’s Safe Haven for Infants Law. Under the law, the person won’t be charged with a crime of abuse or abandonment. 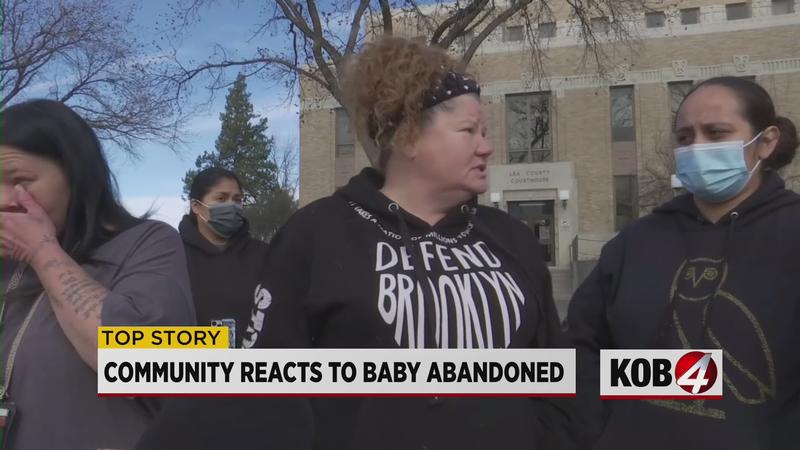