Holloman AFB was approved by the Secretary of Defense as one of seven U.S. military bases that will provide temporary housing and support for, in total, up to 50,000 at-risk Afghans.

According to a senior White House official, the goal is to not have the Afghan refugees "spend anything like months at these sites."

Afghan special immigrant visa applicants, their families and other at-risk individuals at suitable facilities will provided support through an agreement between the Department of Defense and the Department of State. The DOD will provide transportation and temporary housing, sustainment and support inside the U.S. to the DOS. 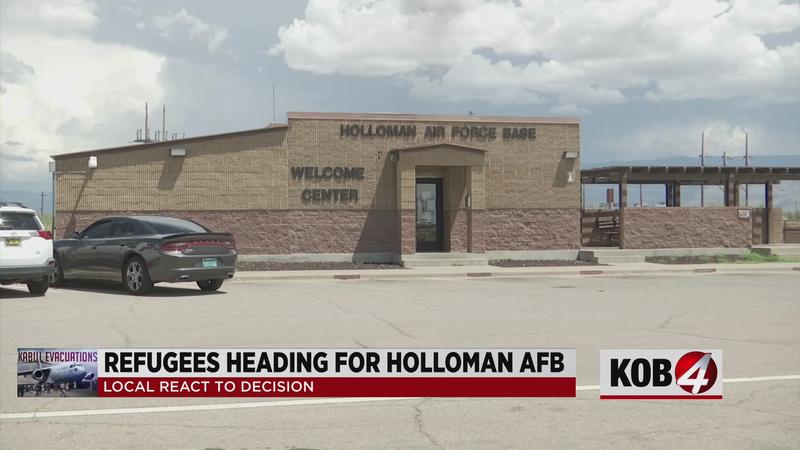 A desert storm veteran also had strong feelings about the refugees.

Others say they don’t mind as long as the refugees are accounted for.

"As long as they do it the right way and everything and not just bring them over here and let him let them go anywhere in the country, you know," said Craig Maddox, resident.

Every person will get a COVID-19 test – and planning is underway for vaccination efforts.