ALAMOGORDO, N.M. – To travel at the speed of sound, everything must first be safe and sound.

At Holloman Air Force Base, an important U.S. Air Force F-16 maintenance squadron recently marked a special milestone for their crew. An airman conducted the 100th flight of the eighth aircraft maintenance unit with a full active-duty crew.

"Reaching the 100th flight milestone signifies more than just a number," Senior Master Sgt. Christopher Fulton said. "It’s actually a step toward showing we are equipped and ready to take full control from the contractors and build on the foundation that they’ve already started."

Fulton helps oversee the transition from contractors to airmen that started last December. The transition happened because resources and personnel needed to be reallocated after older F-16 models were retired around the world.

Now, for the first time in over 10 years, the unit will be under active-duty control – meaning Holloman is now the largest F-16 maintenance squadron in the U.S. Air Force. 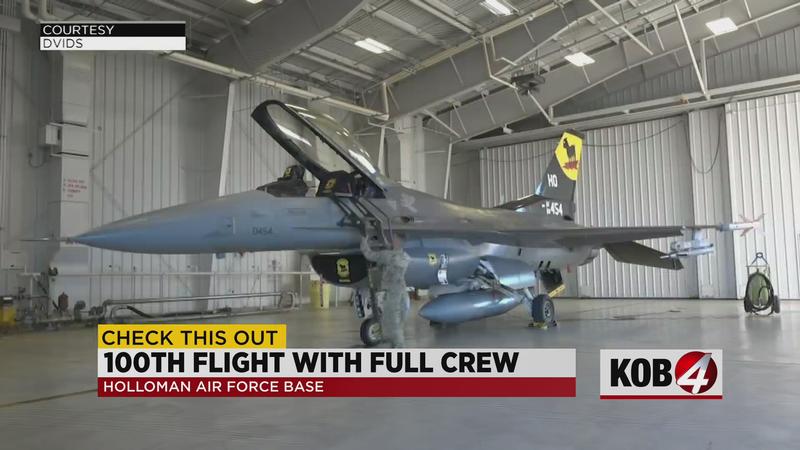 The airmen are crucial to flight training as they oversee pre-and post-flight inspections of the aircraft to ensure they are safe to fly. For them, the 100th flight is just the first of many milestones to come.

"It’s very rewarding to work on and it’s just great to be able to see how much work I put into maintaining in it and all the inspections and being able to get the mission done," said Airman First Class Kevin Wood.

The mission continues on – making the Land of Enchantment the backbone of combat Air Force and keeping airmen safe.