ALBUQUERQUE, N.M. — A homeless man in Albuquerque is asking for help finding his beloved husky.

"He’s all I’ve had for the past two and a half years," said Trevor Lucero. "I’ve been going through a pretty rough patch in my life and if it wasn’t for him, I don’t know how I would’ve gotten through it."

Lucero said his dog Daedra ran out of his tent in Downtown Albuquerque early one morning, and that someone grabbed Daedra before Lucero could catch him.

Lucero said he was told that someone is walking Daedra on a leash. 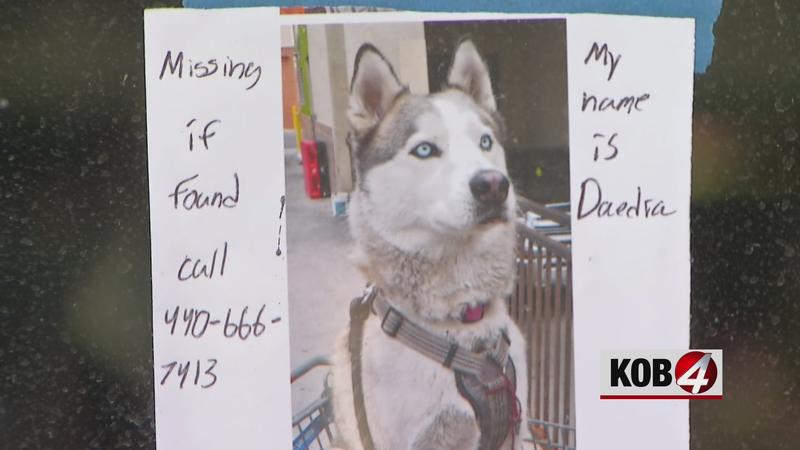 "We’ve got everyone from the homeless to the city workers to some of the police staff looking for him," he said.

Someone even put up some reward money for Daedra’s safe return.

"He’s more than just a pet. He’s family and I think it’s just very wrong to separate family, and they think if this person has any compassion in their heart they’ll rethink keeping him and hopefully return him back."