Homelessness in Albuquerque: Setting fires outside homes, businesses for warmth

ALBUQUERQUE, N.M. — Managers at Albuquerque’s La Salita Restaurant aren’t used to catching much action on the cameras in their back alley, but the past few weeks have been a different story.

"It’s heartbreaking,” said Sarah Turner, the general manager. "I’m not gonna lie it was really difficult to watch because you are watching somebody freeze. They’re frozen."

He started setting fires a couple of weeks ago, but during the frigid cold snap last week, he set multiple at a time. One fire was up against the businesses’ walk-in refrigerator.

"This guy is cold but this is also the place where all of my employees make a living and keep a roof over their heads,” said Turner. “And then you look behind it and you’ve got many neighbors that have their houses right there. So it’s just, it’s hard to watch."

They posted on the Nextdoor app, asking their neighbors to keep an eye out. Days later, a woman in the Foothills posted on the app about the same issue.

She posted that someone came into her yard, and lit a fire inside her shed using her fire pit and lighter fluid. She said they left behind ash and a charred floor.

Leader say the Westside Emergency Shelter has a 450-person capacity, and a third wellness hotel is up and running.

Outreach teams are working on bringing services outside the Gibson health hub, and onto the street. The council is also working on training programs for the community to learn de-escalation skills, and how to help their homeless neighbors.

"I think as a human being there’s a natural obligation to help somebody in need,” said Turner.

La Salita started “Operation Kindness” during the pandemic, where they use monetary donations from their customers to feed families in need. You can call or reach out to the restaurant if you are in need of a meal. 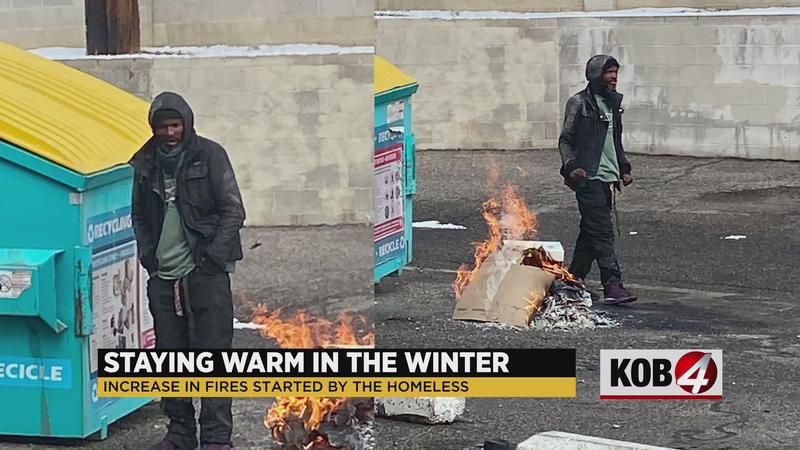