ALBUQUERQUE, N.M. — Leland Hust was back in court Monday for the third day of his trial.

The 24-year-old is accused of raping and killing six-year-old Ariana Jade Romeo in a Rio Rancho home back in 2018.

Hust was arrested alongside Winston Scates Sr., who owns the house where Hust and Romeo were living at the time of Romeo’s death. 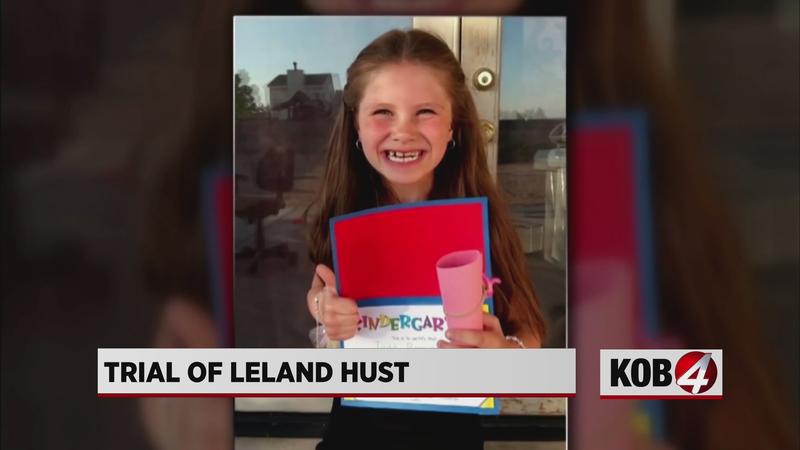 Scates Sr. pleaded guilty to sexually groping his granddaughter, but denied having anything to do with Romeo’s death. He was called to testify during the trial Monday.

Prosecutor: Did you ever touch anything else in that room while you were in there?

Prosecutor: Where did you touch her?

Scates Sr.: I touched her on her left arm and her right arm.

Prosecutor: Why did you do that?

Prosecutor: What did she feel like when you touched her?

Scates Sr. was sentenced to probation, and had to register as a sex offender for his crime involving his granddaughter.

The defense called Scates’ credibility into question when they appeared to catch him in a lie about child pornography.

Prosecutor: Do you remember Detectives Brown and Manzanatos asking you whether they would find child pornography on your computer?

Prosecutors: Oh excuse me, on your tablet?

Prosecutors: And do you remember telling them that they would not?

Scates was given immunity by the prosecution for his testimony in this case, but prosecutors said his cooperation has nothing to do with his sentence in his own sexual contact case.

The Role of DNA Evidence

Pillows, parts of the bed, blankets and towels, and anything with a stain on it were tested. Much of what the state DNA analyst testified to concerned the same blood from Romeo, and DNA that could be Hust’s.

Other people who were living at the house were ruled out, but the likely match of Hust kept coming up.

"This is just a cutting from the foam and it said mattress, so I’m assuming it came from a mattress. And this is a red/brown stain that I described," said Eve Tokumaru, a forensic scientist.

The DNA evidence is what led to Hust’s arrest, but the burden of proof for a guilty verdict is much higher compared to arrest.

A scientist for the state lab said they tested every item for semen, but have found none so far.

Hust’s defense pointed to the lack of found semen in their opening statements, but did not get to bring it up during Monday’s cross-examination.

The defense is expected to thoroughly scrutinize the DNA findings in the days ahead.