Homicide suspect brought back to U.S. held without bond

ROSWELL, N.M. – A man suspected of strangling to death his girlfriend and then fleeing to Mexico with their three-year-old son, will remain in jail while he awaits trial.

In a wheelchair with two broken legs, Rico-Ruvira who was wanted by the FBI for 22 months, until his capture in October, made his first appearance in court since being extradited back to the United States on Tuesday.

In announcing his decision, Lilley said the district attorney’s office and the office of the New Mexico Attorney General’s Office demonstrated through clear and convincing evidence that Rico-Rivura represented a danger to the public and that no conditions of release could ensure the reasonable safety of the community or possible witnesses in the case.

Rico-Ruvira is charged with first degree murder in the January 2020 death of his girlfriend, 27-year-old Isela Mauricio-Sanchez at the couple’s home in southeast Roswell.

He then reportedly abducted their three-year-old son Osciel Ernesto Rico and headed to Mexico. He’s also charged with one count each of child abuse and aggravated battery of a household member.

New Mexico State Police then issued an Amber Alert for the boy. Basile said it was later learned a large sum of money was withdrawn from an account held by Rico-Ruvira at an Artesia Bank.

He also said authorities later pinged Rico-Ruvira’s cellphone and learned that the cellphone was reportedly in New Mexico.

Basile added that interviews with family of Mauricio-Sanchez, it was learned that Rico-Ruvira was abusive towards Mauricio-Sanchez. He had been charged with battery against a household member in October 2019 after he reportedly strangled her.

A neighbor also later told police they saw Rico-Rivera removing security cameras from outside of the house the day before Mauricio-Sanchez was found dead.

An FBI agent was also called to the stand, where he testified that Rico-Ruvira and his son were located by Mexican law enforcement at a relative’s house in the Mexican state of Jalisco.

The agent said that when Rico-Ruvira was in Mexican custody he assaulted a law enforcement official, then jumped out of a third-floor window. When another officer tried to take Rico-Ruvira into custody, the agent said, Rico-Ruvira cut an officer with shard of glass.

Rico-Ruvira broke both of his legs in the fall from the window.

He cited the nature of the crimes and the danger he could pose to potential witnesses and to Mauricio-Sanchez’s family.

“Essentially what those facts show is that Mr. Rico-Ruvira is willing to do what it takes to get what he wants. And he doesn’t care if he’s hurting people that are essentially his family, or if he is hurting a law enforcement officer,” Gardner said.

He cited the alleged attack on Mexican law enforcement as proof that Rico-Ruvira would be unlikely to abide by any conditions of release imposed by the court if released pending trial.

“He is not going to follow the requirements of the law when he has a law enforcement officer standing right next to him, the court really can’t have confidence that he will follow the orders of the court when there is no one around to ensure he is complying,” he said.

Broberg in her closing argument stated that she did not believe the prosecution had proven that other conditions of release could be imposed on Rico-Ruvira other than pre-trail detention that could keep the community safe.

Rico-Rivera is currently being housed at the Chaves County Detention Center. His next court appearance is scheduled for March 21. 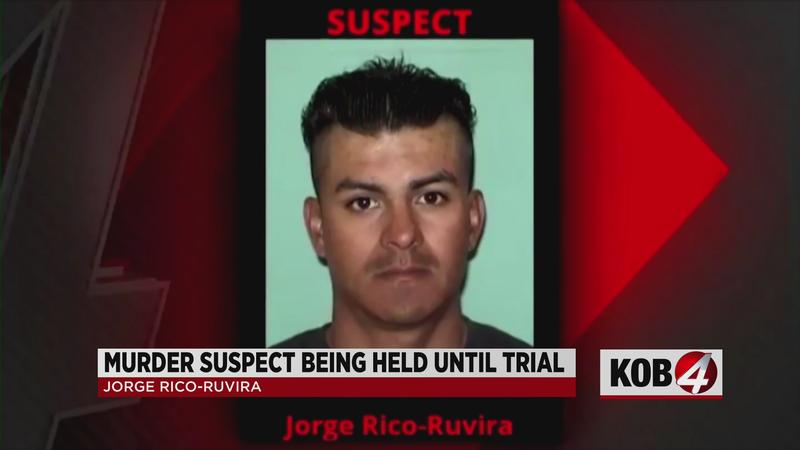