ALBUQUERQUE, N.M. — KOB 4 discovered more details about the four bodies that were found inside a truck at the Sunport last week.

Three of the four victims found were connected to a missing person case out of Grants, New Mexico. One of those victims was 21-year-old Matthew Miller.

"He wasn’t a bad kid. I mean, he’s been through so much in his life,” said Daise Castillo, Miller’s aunt.

Castillo said Miller battled a brain tumor, then lost his mother, father, and two grandparents all in the last year.

Grants Police said it was Miller’s grandmother who reported him missing.

"We were trying to get a hold of them to figure out if they knew where Matthew was and we find out through family members or associates that they too were not making contact with anyone,” said Grants Police Department Lt. David Chavez.

However, police later realized that Lannon and Mata were also missing. Their bodies were also found inside the truck at the Sunport.

Police have named Daniel Lemos as a person of interest in the case.

“We definitely want to talk to him in reference to what is happening here. We believe he has some information for us,” Lt. Chavez said.

Miller’s aunt confirmed that Lemos and Miller are related.

While Lemos, Miller, and Mata all have varying criminal histories—some involving drugs—Grants Police said narcotics do not appear to be the main factor in this case

“To be honest with you, I don’t think that would be the principal reason here. It hasn’t been established, but it hasn’t been ruled out either,” Lt. Chavez said.

Police are in the process of reviewing evidence. In the meantime, Miller’s family anxiously awaits for answers.

"He was a good kid. I mean, he laughed. He used to come over all the time for my kids’ birthday parties, you know, he just was friendly,” Castillo said.

"Just waiting for somebody to come forward with information. Anything helps. Just to get justice,” she added.

The fourth victim found inside the truck was identified as 60-year-old Albuquerque man Randal Apostalon. It is still unclear how he was connected to the other victims.

APD said they will take the lead on Apostalon’s case. 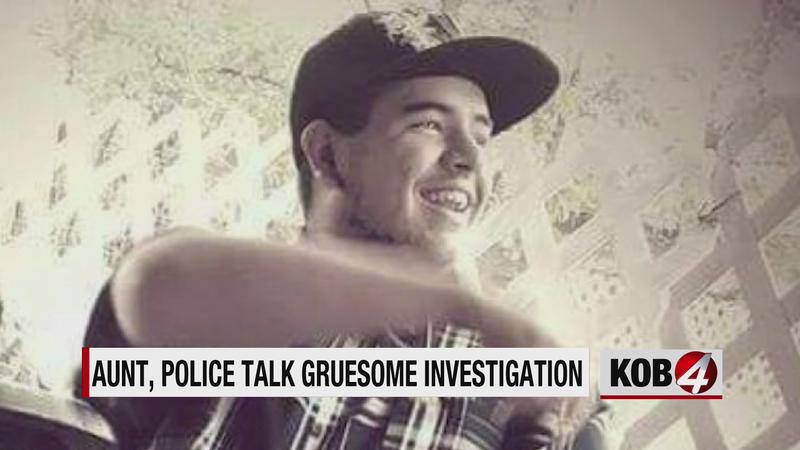