One of them was Glenn Thomas.

"I believe I was right between those two trees there making the 911 call," Thomas said, while standing in the neighborhood where the hot air balloon’s envelope landed.

Thomas is a hot air balloon pilot and took off just before Nicholas Meleski and his four passengers.

"I don’t know him personally, but usually I’m the first one who takes off from that field,” Thomas said. “He’s the last one."

Thomas landed minutes before the crash and he said he noticed something was wrong.

"I saw his envelope shoot up in the air, once I saw that, I knew it wasn’t good.”

He said he rushed to the neighborhood southeast of where the crash occurred on Central and Unser, looking for the envelope.

"It was just an instinct to go after it.”

He said he found it over the back side of one of the houses.

"You couldn’t tell it was in an accident," Thomas said. "That’s what really hit me."

He called 911 again, the operator asked him to find anything to help identify the owner. He located the ‘N’ number on the balloon’s envelope, then rolled it off the roof with help from some neighbors. Authorities arrived soon after. Thomas at the time didn’t know the full extent of what happened that day, but says at the time he was hoping for the best.

"I can’t tell you, I thought everybody was dead, but I knew that it was not good," Thomas said. 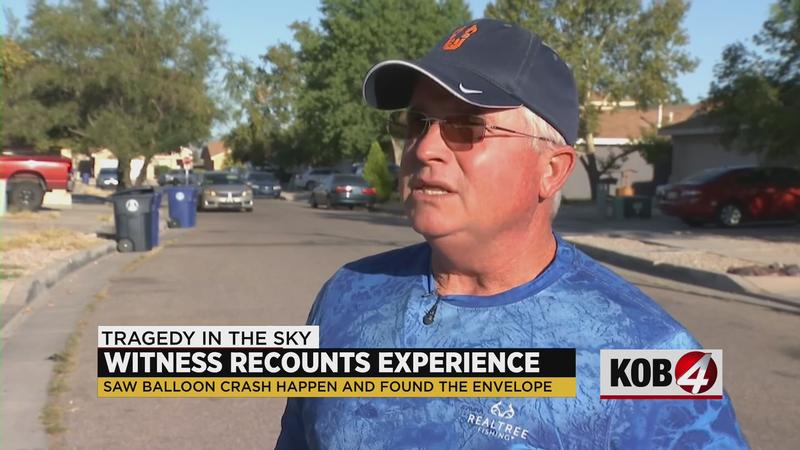