Data from APD shows 16 homicides have happened at addresses connected to local motels and hotels in 2021.

Sam Panwala, who manages the Motel 6 near Coors and Iliff, has seen it all when it comes to people who are not supposed to be on his property.

"Right now, we are planning to get fencing all over the property because of security and all the homeless people are coming, but we are trying to be nice with them and let them know you are not allowed to be here," Panwala said.

Panwala is mirroring what he sees at the Travelodge across the street – a new fence. 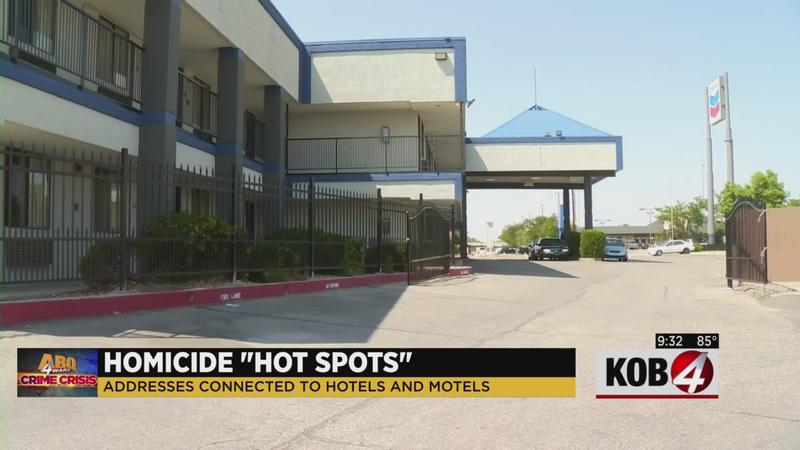 "Homeless used to come into our property – they still do, but it’s a lot less," said Raj Patel, the manager of that Travelodge. "It feels like we are all alone. That’s why we have to do this stuff by ourselves."

Panwala said he’s caught people knocking on random doors and breaking in. He says removing some people has ended in broken windows and even stolen cars.

"Now they are getting angrier, I don’t know why," Patel said. "They are threatening, people trying to throw rocks. The other day someone that was on drugs broke this window right next to us."

Both managers said they want help from the city.

"We are trying to make this better, we are always trying," Panwala said. "So hopefully it will be better soon."

A few weeks ago the Albuquerque Police Department and the City of Albuquerque met with the Asian American Hotel Owners Association, who told police their biggest concern was trespassing. In that meeting, police told the association to keep track of the people causing problems – so police could build a case against them if they come back and commit more crimes.

APD said officers will patrol hotels and motels after midnight, but staffing has been an issue. A police spokesperson said they’re aggressively following specific criminal activity at hotels and motels, like auto theft.

The city also is aware of the problem.

To clean up one motel, they awarded $7 million for a motel renovation in east downtown. The Imperial Inn Motel on Central near I-25 will get a total makeover. It will be renovated by Palindrome Communities, who recently renovated the El Vado Motel.

Their plan is the same – add food and retail spaces to make it a hangout hub. It’s expected to be completed next summer.