ALBUQUERQUE, N.M. — We have shared countless stories of the horror some children in our state have been forced to endure. Now, some lawmakers are backing a bill to help prevent the same tragedies, and they believe it starts by holding the Children, Youth, and Families Department (CYFD) accountable.

House Bill 284 would create an independent grievance process for all stakeholders. The bill passed its first committee Monday.

Passion was expressed from people on all sides of this conversation during the meeting.

“I have been in the trenches of child welfare and I have seen firsthand CYFD retaliation against both myself as a former employee and against foster parents,” said a speaker in support of HB 284 during public comment Monday.

“For decades this agencies decisions have happened under a cloak of darkness and secretivity, and for decades retaliation has thrived as part of its culture,” said a former foster parent Monday.

Those in support of House Bill 284 said it’s part of the solution and an opportunity to fix a system they believe needs repairs.

“As it currently stands, if an individual wants to protest a decision by CYFD, the only place to protest a decision made by CYFD is to CYFD itself. CYFD’s current administrative resolution system is completely internal and is itself a source of retaliation against grievances,” said Rep. Rebecca Dow (R-District 38) during the committee hearing.

House Bill 284 would utilize the Administrative Hearings Office to create an independent grievance process. Rep. Dow said it would give all stakeholders access to an impartial avenue for disputes.

“By taking this process outside of CYFD, which I think we can all agree is an agency that historically has lacked transparency, this is critical to a functioning grievance process,” said co-sponsor Rep. Meredith Dixon (D-District 20).

One former foster parent spoke out about a recent case involving a family from Hobbs. The children, who were in CYFD custody, were sent back to their biological parents during a home trial. Then, the family took off.

The foster family alerted the community that they were missing, but CYFD never believed they were in danger. A few months later, the youngest child, an 18-month-old, was abandoned at a hospital in North Carolina.

“She had severe injuries, burns to her body, and she’s now permanently blind and the parents were later apprehended by the U.S. Marshals. Due to CYFD retaliation, the baby, now blind, along with her siblings, were placed in new foster homes even though we wanted them back desperately because we loved and cared for them,” said a former foster parent during the committee hearing. “CYFD has since revoked my license, they are suing me, and I’ve been forced to obtain an attorney for protecting the children when CYFD would not.”

There was just one voice of opposition during the Monday committee meeting. That was CYFD Chief Children’s Attorney Rebecca Liggett.

“CYFD rarely opposes or supports bills and is not standing in formal opposition to HB 284. However, we have significant issues with the bill as written,” said Liggett during public comment.

She said there is already a grievance process within the department. This would duplicate some of those systems. Liggett believes the bill would require significant costs to CYFD and the Administrative Hearing Office, and she believes it could risk the agency’s eligibility for federal funding.

“The bill would vest the hearing office with binding decisions outside of CYFD, which would violate the single state agency requirement for federal funding,” said Liggett.

HB 284 passed the House Health and Human Services Committee Monday. As it heads to the next committee, Rep. Dow said they will be looking further into that federal funding component. 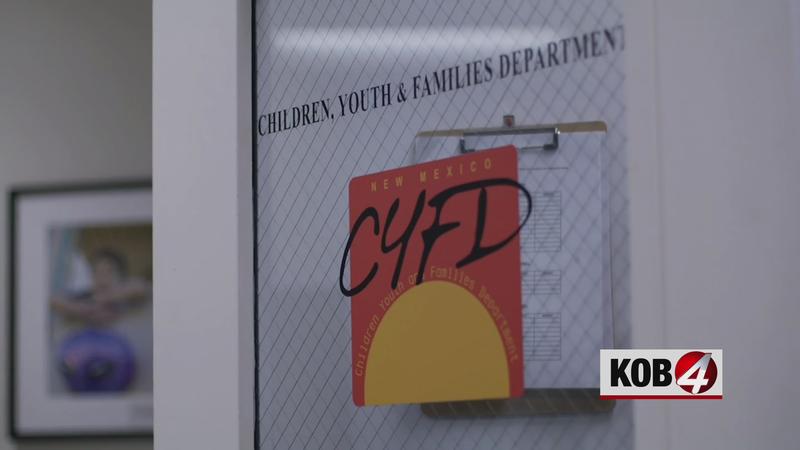