ALBUQUERQUE, N.M. — A bill that would provide bonus pay for workers at the state capitol is moving forward. Sponsors of the bill said it’s a way of saying thank you to the staff members at the Roundhouse.

"So what it does is appropriate roughly $300 per person who has been in the capitol that has been here physically working for them, and it’s just a way of saying thank you to our staff and to our employees,” said Sen. George Munoz (D-District 4).

Permanent, session, and contract staff members who have been working in the state capitol during the public health emergency will be eligible for the one-time $300 payment.

"I think that everybody knows that all our staff that works hard in the capitol that has been here during COVID from the state policemen, to the National Guard, to the janitors in the hall—we’re just trying to say here’s our thank you,” Sen. Munoz said. “Here’s a little bit of a bump in pay, and we appreciate what you did during this time, putting yourselves at risk and even going home to your families that something may happen.”

The bill now heads to the House floor for a vote. 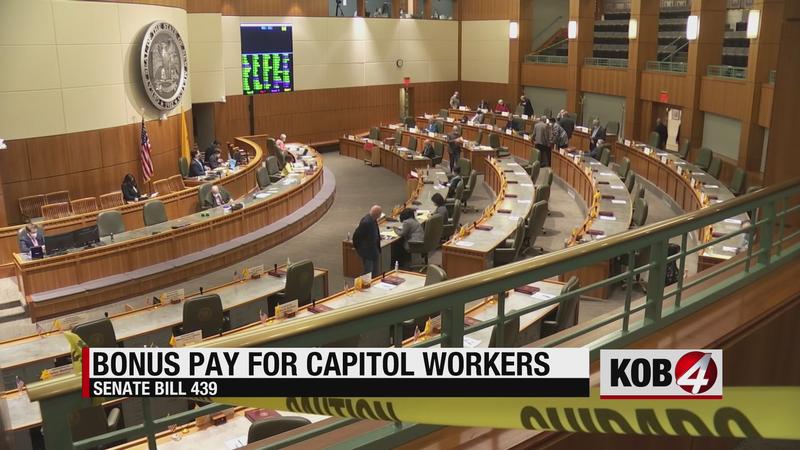