ALBUQUERQUE, N.M. — Rep. Sheryl Williams Stapleton has resigned from the New Mexico House of Representatives, including from her position as House majority leader.

She is suspected of pocketing public money through her work with Albuquerque Public Schools. She is under investigation for racketeering, money laundering and receiving illegal kickbacks.

"Ms. Williams Stapleton decision today, reflects her dedication and commitment to her constituents, colleagues, and the citizens of our state. She continues to be deeply troubled by the false allegations raised by the Superintendent of APS, and unequivocally denies them. The investigation is in its very initial stages and no comment can be made as to any of the allegations; however, we are confident that the conclusion of the investigation will put them to rest. Ms. Williams Stapleton is eager to cooperate in the investigation to clear her name of any wrongdoing. Despite the reckless manner in which the some have portrayed the allegations against her, Ms. Williams Stapleton has not been charged with a crime at this juncture. She is presumed innocent under the law, particularly when no charges have been filed. There is a high burden to present evidence to support proof beyond a reasonable doubt that the State must meet to overcome the presumption of her innocence. Ms. Williams Stapleton adamantly maintains that innocence." 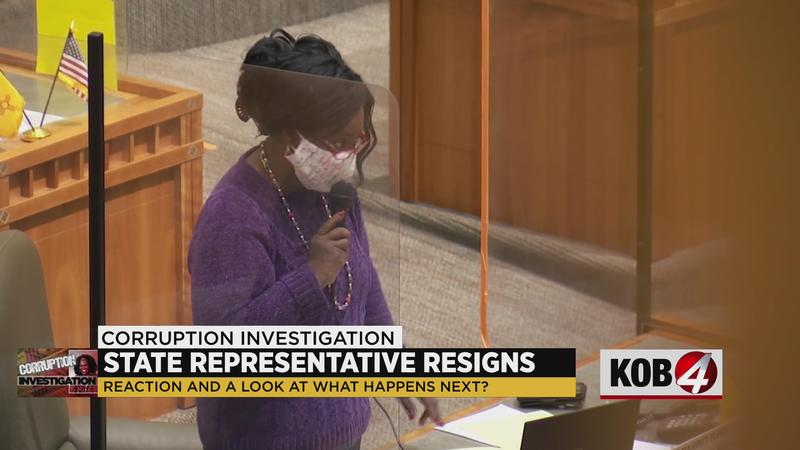 The House Democratic Caucus will meet Saturday, July 31 to discuss the resignation. The Bernalillo County Commission will be responsible for appointing a new member to carry out the remainder of her current term.

In her resignation letter, Rep. Williams Stapleton also denies all the allegations against her.

“This is a sad day in New Mexico politics. I know Rep. Stapleton personally and we have worked together, but there’s no excuse for what she’s apparently done. These actions must be dealt with appropriately. She should step down because she has violated the public trust and violated her oath of office to New Mexicans. Rep. Stapleton must be held accountable, and we hope the investigation and judicial process will take the proper course in this matter.”

“Given the weight of the allegations against Rep. Stapleton and the ongoing investigation, her resignation from the House is appropriate and in the best interest of the Legislature and the state. There is important work to be done for the people of New Mexico, and House Democrats and our strong leadership team will continue to remain focused on serving our constituents and moving our great state forward.”

“I don’t think anyone in the legislature is not shocked by what has occurred over the past week. House Republicans are focused on ensuring that public trust is not eroded and that trust can be restored in our institution. It is of the utmost importance that the public is delivered an investigation that roots out what occurred, where the failures were, and that any and all bad actors- including those that failed to prevent or report- are dealt with swiftly and decisively. New Mexicans expect more out of elected officials, and we must hold each other to a higher standard.”