House Speaker Egolf will not run for reelection 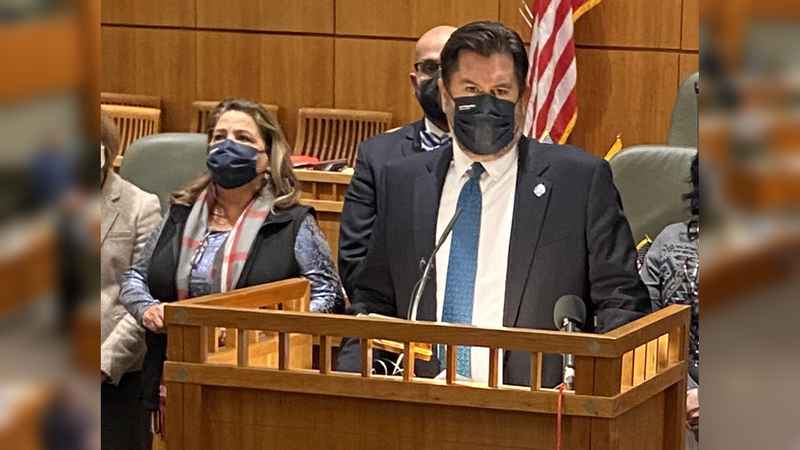 SANTA FE, N.M. – In a surprise announcement at the end of the New Mexico Legislature’s regular session, House Speaker Brian Egolf stated he will not seek reelection.

Speaker Egolf was met with a standing ovation from the body Thursday, after announcing he had served in his final regular session as the speaker.

During the announcement, Egolf specifically thanked his wife, Kelly, for her patience and support during his time away from his family. He expressed an interest in spending more time with Kelly and their two daughters, ages 11 and 14, as a reason for stepping away.

Speaker Egolf will serve through the remainder of the year but did not detail any future political plans.

According to the speaker, this is the first time in 60 years that someone has voluntarily stepped down from the position.

The House will vote on a replacement speaker during the regular season in January 2023.

House Democrats will caucus later this year or early next year to select a candidate. That candidate is likely to be the odds-on favorite for the speaker position as Democrats currently hold a significant advantage they are likely to retain.

All 70 House seats are up for reelection this year.

Standing ovation from both parties for @BrianEgolf. It’s hard to overstate how powerful his position is as Speaker of the House. He says it’s been since the 1960s that someone has voluntarily stepped down. #nmleg pic.twitter.com/sAYIlAXX9t