FARMINGTON, N.M. – A Farmington woman is in a position she never thought she would be in – houseless with pets she may be forced to give up.

The woman, who wished to remain anonymous and did not want to be on camera, is currently living in a car with her pets after the pandemic took a toll on her business and her finances.

A homeless shelter is an option for her but she would be forced to make a very tough decision.

“I have my animals – I have a dog and I have a cat – and they are telling me that I have to get rid of my animals, so either surrender or find someone to take care of them,” the woman said. 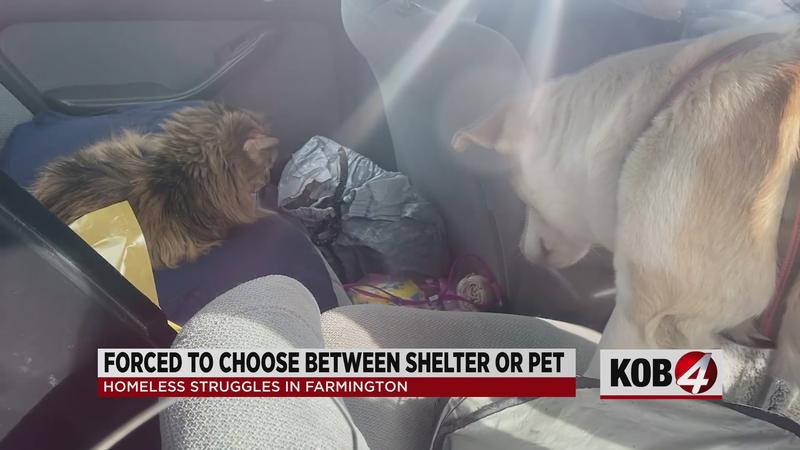 The woman has had her cat and dog for almost 10 years. At this point, rehoming them is unimaginable.

“I love them, they are my family, I’ve had them for a long time,” the woman added.

Most area homeless shelters also have a policy against pets.

“They told me that if you’re refusing to abide by our rules then we can’t help you” she continued.

The woman has been trying to prolong the decision by staying at a hotel. However, that eventually became too much to afford and now she is frustrated.

“I need to give up my animals to be helped and I don’t know about that,” she added.

Now, her hope is to continue to find a temporary home for her four-legged family members.