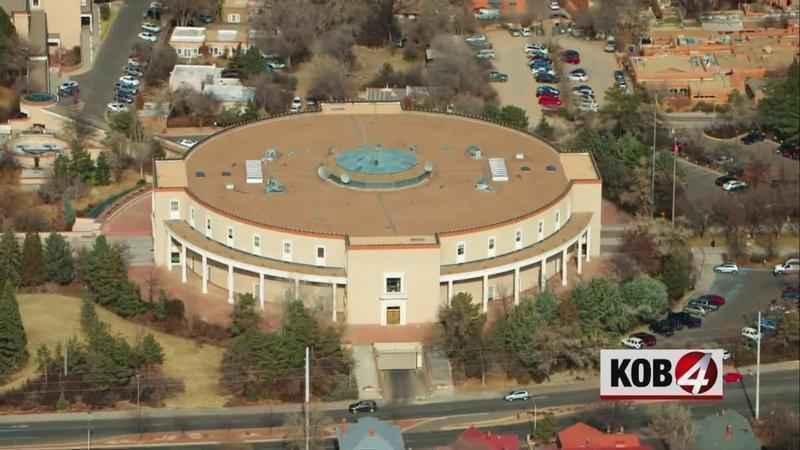 Since March 2020, the federal government has provided $190 billion in pandemic aid to the state’s schools, or more than four times what the U.S. Education Department provides to the same K-12 schools in a typical year.

The Associated Press, relying on data published or provided by states and the federal government, tallied how much pandemic relief funding was granted to nearly every school district in the U.S. Nationally, the aid averages nearly $2,800 per student, but it varies widely by district and state.

The $1 billion set aside for New Mexico is a significant sum in a state that allocates about $3 billion to schools annually. Around 90% of the funds go directly to school districts, while state officials get to distribute the rest.

The highest average per student amount in New Mexico was $15,000 in Wagon Mound, a small rural district where all children are eligible for Title I, a federal funding program for low-income schools also used to allocate the pandemic funds. The lowest, in comparatively affluent Los Alamos, was around $100. The average amount granted per student in New Mexico was $3,150.

In Wagon Mound, the school district got over $1 million in additional funding for less than 100 students. The district went from having few or no computers for students to having a tablet or laptop for children of all ages and funding to cover replacement devices. Other rural districts did the same.

“We’re able to get things for our students and the school at large that we were never able to get before because we didn’t have the funding for it,” said Monica Montoya, principal of Wagon Mound Elementary school and a Title I coordinator.

They quickly purchased the goods — with officials sometimes unsure about how they would pay for them —as schools struggled to reopen, connect students to remote learning and protect school workers from being infected.

The first two rounds of pandemic relief funding were meant to help districts in the emergency, with flexible spending rules and minimal oversight. About 20% had to be used to help children catch up on lost or incomplete learning, while another 80% was mostly at the district’s discretion.

The New Mexico Public Education Department has still required districts to report how they planned to spend the money.

The district’s plan also listed as priorities upgrading internet services and buying laptops for kids who did not have them. Other funds were budgeted for mental health support and distance learning materials.

The district had struggled to recruit teachers and bus drivers before the pandemic and feared it would face a staff shortage in the fall.

In northwestern New Mexico, at the doorstep of the Navajo Nation, Gallup-McKinley County Schools also purchased laptops and tablets for the district’s students, spending $7,000 per student with the pandemic funding.

“We were able to leverage federal funding to not only get one-to-one devices last year, but we have funding that can carry us out for the next six years,” Superintendent Mike Hyatt told school board members this week.

New Mexico has been increasing school funding over the past few years, bringing per-pupil funding to levels not seen since before the financial collapse that began in 2007.

Gallup-McKinley County Schools serves many Native American students but has been hurt financially because it is surrounded by tribal lands which cannot be taxed to support the district’s schools.

The next and largest round of pandemic relief funding to benefit U.S. schools is aimed at helping schools that are trying to make up for the learning that students lost while they were studying at home.

About $500 million in non-emergency school pandemic funds must still be budgeted by the state’s school districts and federal rules require them to seek community input before they allocate the money.

Albuquerque is hosting online public forums starting next week titled: “What should we become?”

Schools in Los Alamos still have about $200,000 to spend and parents indicated that they want individual tutoring and more after-school activities for students.

In Wagon Mound, the process started on Facebook, where parents said they wanted to bring back home economics classes and repair the district’s long-neglected baseball field. A public forum was held Wednesday.