ALBUQUERQUE, N.M. — Mechem Frashier is the mother of five-year-old twins, and the Director of Practice Operations for Presbyterian Urgent Care.

About a year ago, Frashier added another responsibility to her list when she became Head of Presbyterian Testing Sites.

"It was Friday the 13th oddly enough," remembered Frashier.

"In my position, I oversee the urgent cares, and they had reached out to us and said, you know, this pandemic is happening, and we’re gonna be potentially closing down businesses, schools and things like that, and we need to get testing," she added.

Within 48 hours, the first COVID test site was up and running. 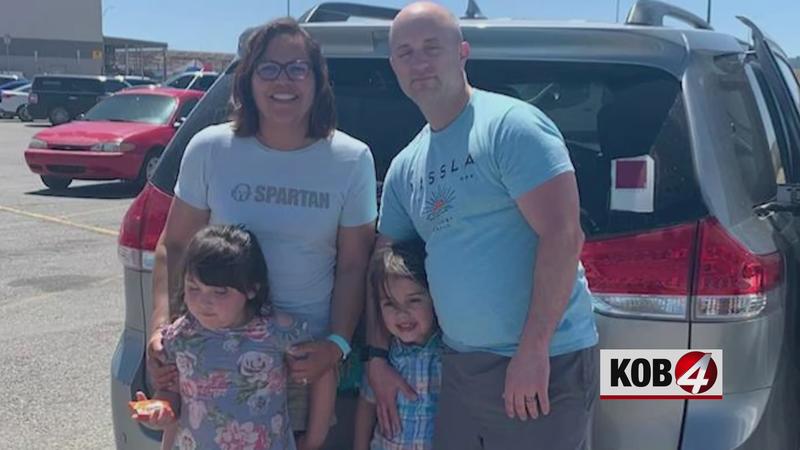 "That Saturday, my mom came in from she was on the Navajo reservation in Sanders, Arizona, and we had a talk with her kind of just planning out, and I told her my workload is going to change," Frashier said.

Then came the very tough decision to send her twins, who were four at the time, to live with her mom.

"We essentially shipped them off, you know, because it was safer there for them," said Frashier. "I was working seven days a week, pretty much 24/7."

Frashier said her husband was extremely supportive during this time and took care of everything else while she was in the field working.

By April, Frashier added another project to her work load. A new Presbyterian mobile testing unit was created to bring more resources to nursing homes and Pueblos.

"I grew up in an environment where there wasn’t a lot of access to modern, you know, utilities," explained Frashier. "I remember my grandmother telling me this one time, essentially go out and get your education, but also come back remember who you are, and bring it home and take care of the people. And so that innate feeling in me was established at such an early age that, you know, when the opportunity came during the pandemic to help the tribes, I was fortunate to be in a position where I could do that."

Frashier and her husband saw their kids virtually every day, but didn’t really get to see them in person for months.

The parents would see their kids for an hour and bring supplies, too.

"A lot of people on the reservation were struggling, just, you know, with food and water and the essentials," said Frashier.

Then in August, things shifted again.

"The kids they just wanted to come home and school is starting, and so my husband and I were like, I think we, we knew we had to, they had to come home. We miss them," She said.

Online school created yet another challenge.

The parents took turns helping their children with virtual learning while also working full time jobs. During this time, Frashier also had to move both personally and professionally

"I don’t know how I survived that now I think about it," said Frashier. "I was physically moving myself and then we were moving the testing site."

A few months after that, Frashier’s husband was deployed.

Despite all the change, she somehow managed to smile while looking back on the tough year.

"There was a lot going on," said Frashier. "I really try to give them a normal life, amidst all of this."

Thanks to her and her team this past year, New Mexicans are finally heading toward a normal life.