How the Ukraine invasion may affect your finances

ALBUQUERQUE, N.M. – It has been nearly a week since Russia invaded Ukraine and Americans are bracing for a big impact here at home.

"As food suppliers scramble to buy up wheat right now, some of our favorite breads, those prices actually may go up here in the short term," Hicks said.

Already high-interest rates on mortgages are likely to keep going up as well.

"So if you’re looking to buy a home, you probably see the 30-year mortgage rates are now all at three-year highs at this point, that’s probably not a trend that’s going to change either," Hicks said. "If you’re looking for an auto loan or if you have credit cards, those variable interest rates will be impacted by this as well." 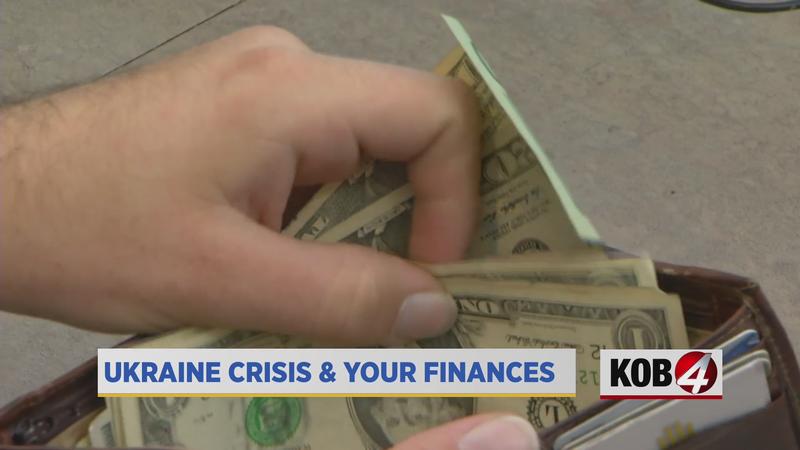 Meanwhile, the stock market is heading further into correction territory – which occurs when the market is down 10% or more from its highs.

"That places a lot of fear on people as they see this with their 401ks and retirement accounts, they see their balances dwindling," Hicks said.

Although, it is not all bad news. Hicks noted that markets tend to normalize quickly, stating, "this could be just some short-term pain."

In order to protect your wallet during these uncertain times, Hicks says to focus on the long run. He also says to look over your allocations in your financial plan or portfolio and make sure you are not taking more risks than you are comfortable with.

"Have you considered rebalancing your portfolio when the market’s down?" Hicks discussed. "This a good time to buy up additional shares at a discount and kind of reset that risk profile."

Hicks also suggests making a budget and including extra cushion for emergencies.

"We recommend that people have four to eight months of their income in savings accounts, just to be available for them."

It’s one of a few ways to prepare for whatever may be on the horizon.