ALBUQUERQUE, N.M. – An online petition to ban the use of real firearms on film sets already has several thousand signatures. A man who was near Thursday’s shooting scene on the ‘Rust’ set Thursday night said this is a common practice.

"Sometimes the background casting office here out of New Mexico will tell the extras, which are the people you see walking around in the background, will say ‘hey if you have a gun bring it," said Geoff Meed, with production for "Outlaw Land."

Three local background casting directors, including one who cast the extras for "Rust," said they wanted to set the record straight on Meed’s statement.

"That is never an ask or a question or something that we would ever condone coming to set,” Shayne Hartigan, "Rust" background casting director, said. “There’s a lot of safety protocols that we have to follow and asking background to bring a weapon to set is definitely not one of them."

“It’s impossible to bring a weapon to set,” added Elizabeth Gabel, another background casting director. “There are so many people that are there making checking and looking. If we allowed someone to bring a weapon on set, we would be fired and we wouldn’t have careers."

"It’s going to make people stop and reassess,” he said. “I think it’s going to help productions slow down and take into account their safety measures, and really be able to assess the situations that we were all in and involved with."

KOB 4 reached out to the NM Film Office for comment on general safety protocols for films. Officials said they would not comment on the incident and referred KOB 4 to Local 480, the film union hub in New Mexico. Local 480 referred us to IATSE, who also avoided questions about prop safety.

The film union did send KOB 4 this statement that was also posted on their website: 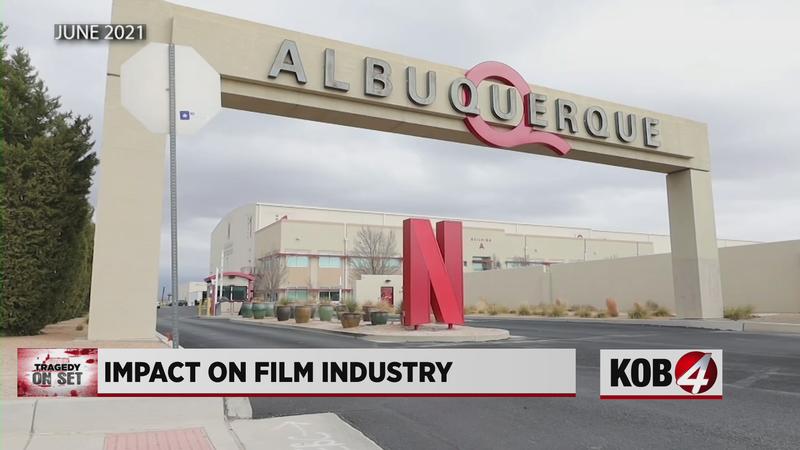 “We are heartbroken and devastated to learn that one of our members, sister Halyna Hutchins, died yesterday from injuries sustained on set while working as the Director of Photography on Rust in New Mexico. Our entire alliance mourns this unspeakable loss with Halyna’s family, friends, and the Rust crew.

We are activating our partnerships across the industry to provide support and resources to our sisters, brothers, and kin.

Creating a culture of safety requires relentless vigilance from every one of us, day in and day out. Please, if you see something, say something. If you feel unsafe on set for any reason, including harassment, send us a tip via the IATSE Safety Hotline at 844-422-9273 or using our safety info app.”