ALBUQUERQUE, N.M. — The man whose wife was gunned down in their own driveway is now taking an active role in trying to get a new mayor elected in Albuquerque.

Jacqueline Vigil’s homicide case received national attention when her husband, Sam Vigil, went to the White House in hopes of getting federal law enforcement’s help to catch her killer.

"We want to bring the community together again. We want to create a community that’s going to feel safe again,” Vigil said.

Sam Vigil is no longer sitting on the political sidelines.

"Something’s just not working right and there’s got to be some changes made to bring our city back to where it should be,” he said. 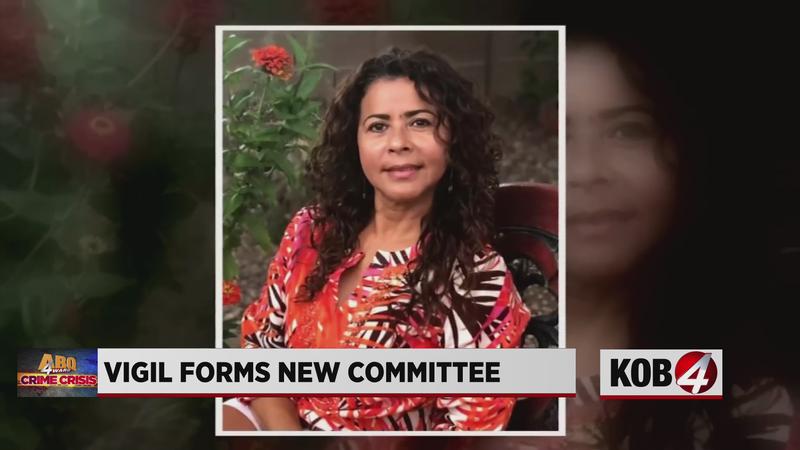 Vigil’s life was forever changed the year Albuquerque set a record for homicides.

Jacqueline Vigil was one of the 80 homicide cases in 2019. She was gunned down in her car in the driveway of her northwest Albuquerque home.

This year, the city is currently paced to break the homicide record again.

"Things have to change. We can’t live in this kind of environment anymore,” Vigil said.

Vigil recently created a political action committee called Save Our City to help raise money for the mayoral candidate the committee favors to run against Mayor Keller.

"It’s important to me because I would not want another family to go through what we’ve gone through,” Vigil said.

When Trump was still in office, Vigil went to the White House to advocate for federal law enforcement support. Vigil said state lawmakers are not doing enough to address crime in New Mexico, and that the mayor of Albuquerque should be doing more.

"I think policies that [the mayor] follows, and of course they’re initiated by the city council, but when you have policies that actually protect people, and you don’t cooperate with other law enforcement agencies— I think you’re headed for trouble,” Vigil said.

Since Mayor Keller took office, he’s stated that his number one priority is public safety. Keller has aggressively tried to hire more police officers, but Vigil said that’s not enough.

"And we’ve always said that we don’t have enough a police officers. And to me, when a mayor, or anybody that’s in law enforcement says, well we don’t need the help from the feds, we can handle it here. I think that’s a big mistake, you know? I think we need all the help we can get,” Vigil said.

We understand Mr. Vigil and his PAC are supporting our opponent Sheriff Manny Gonzales. This last year, the Mayor showed nothing less than strong leadership in crisis. The pandemic, unrest and national crime trends our city experienced was unparalleled. Much of our comeback today is a result of the Mayor’s decisive action and management of Albuquerque.

While Sheriff Manny Gonzales was busy exploiting crime for publicity stunts with Trump, Mayor Keller worked to make sure law enforcement identified, tracked down and arrested the perpetrator in Mr. Vigil’s tragic case. Sheriff Manny’s one job for the past seven years has been to make our community safe, and he’s failed. And as recently reported, the Sheriff continues playing politics and isn’t giving crime information to the FBI or releasing to the public recent murders happening in the county. Those are serious leadership failures.

"There needs to be cooperation between law enforcement agencies to be able to at least address this horrific numbers that we’re dealing with,” Vigil said.

Vigil said if he was doing the same work to address crime a few years ago, things might have been different.

"And possibly my wife would be alive today,” he said.

The Save Our City PAC has not officially endorsed any candidate, however Vigil said he will be supporting BCSO Sheriff Manny Gonzalez.