ALBUQUERQUE, N.M. – New Mexico film and TV workers moved closer to a strike Monday – a move that could shut down productions across the state.

They joined tens of thousands of their counterparts nationwide, voting to authorize a strike if negotiations with film and TV producers don’t improve.

The chapter representing New Mexico’s 2,000 members would like to keep the studio lights on and productions going. But only if film and TV producers meet their demands.

Over the weekend, the majority of union members in New Mexico voted to authorize a strike, agreeing with tens of thousands of other union members nationwide.

A strike would put a stop to a number of film and TV productions in New Mexico, and it’s unclear how long the impact would last

"Obviously if movies aren’t getting shot that hurts our economy so I really want a solution to be reached,” said Sen. Peter Wirth, Democratic majority floor leader.

Wirth recently joined state Sen. Mimi Stewart, supporting the union’s efforts to improve working conditions. He said he has strongly supported the growth of the industry in New Mexico.

“We have in the legislature and with Gov. Lujan Grisham been huge supporters and we will continue to do that, but we want workers to be treated fairly and treated right,”: Wirth said.

Pecos said members would like a quick resolution, too.

“What we now expect is the producers to listen to that statement and we hope that they can come back with reasonable and respectful proposals.”

Avoiding a strike is very possible, according to The Hollywood Reporter. The alliance representing film and TV producers could start presenting offers as early as Wednesday. 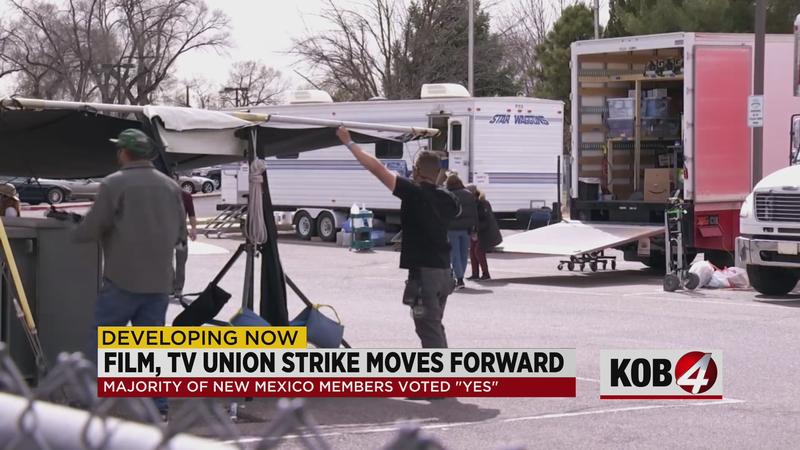