ALBUQUERQUE, N.M. — Hundreds gathered at Civic Plaza to mourn the loss of Halyna Hutchins, the cinematographer killed on the set of the movie "Rust" last Thursday – the same week union workers were set to strike.

The strike was avoided when union representatives from the International Association of Theatrical and Stage Employees struck a deal with movie producers. However, that contract has yet to be voted on in New Mexico.

"Our Local 480 isn’t actually liking the strike, as far as the settlement goes, we don’t think it was good enough," Weiss said. "And so we are bucking it anyway." 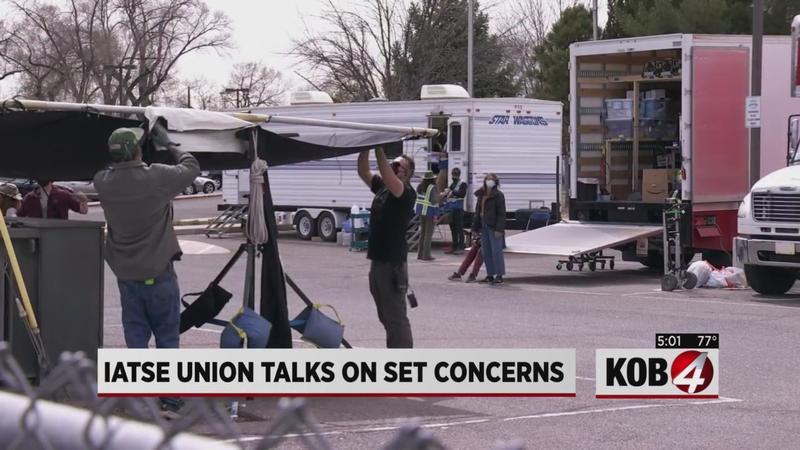 "Less than a week ago there was a person sleeping in a car because they couldn’t get home safely, and this is exactly what we are fighting for," Weiss said.

The ratification timeline is currently in its first phase, so it will still be several weeks before members vote on the contract.

KOB 4 reached out to the Local 480 chapter of IATSE, but they said they could not comment Monday.