ALBUQUERQUE, N.M. – It is a first for New Mexico. The U.S. women’s hockey team is training in the Land of Enchantment – getting ready for the games in Beijing this February.

They are playing the New Mexico Ice Wolves for training to try and repeat gold in China.

The USA women’s hockey team let KOB 4’s Ryan Laughlin skate with them in the morning skate and they did not take it easy.

"He was saying how you guys really don’t shoot the puck very hard – and he wanted do some filthy glove saves on you,” said Brian Pothier, assistant coach.

While their assistant coach and former NHL player Brian Pothier has jokes – training is serious business for the women.

"I think everyone just finds what’s best for them, what coaches to work with and then when we come together it’s that much more special,” said Grace Zumwinkle.

Zumwinkle plans to compete in her first Olympics in Beijing this winter – after four years at the University of Minnesota. For now, her focus is on the New Mexico Ice Wolves.

"It will definitely be a fast-paced competitive game. I think they bring some physicality – which will suit us while heading into the Olympics and games against Canada,” said Zumwinkle.

The games in New Mexico are supposed to help them defend their gold medal against their number one rival: Canada.

"I think it’s super intense – gets the both out of best teams – the physicality is definitely something that sticks out and just that grit and compete factor is unmatched,” said Zumwinkle. 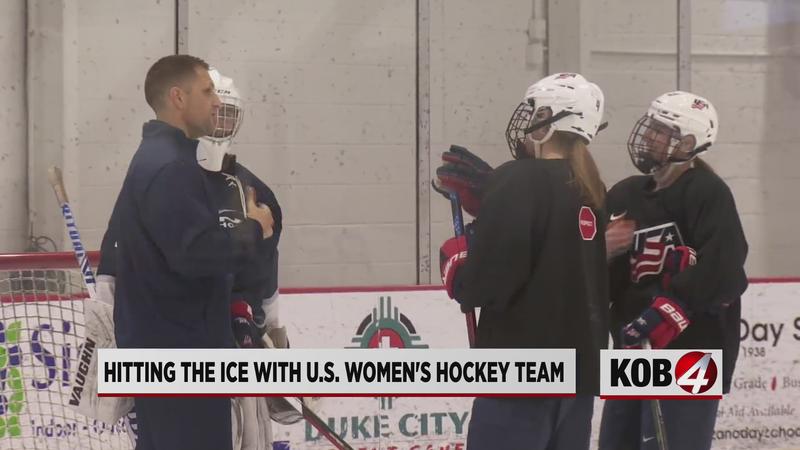