ALBUQUERQUE, N.M. — Hockey is back in New Mexico and so are the fans for the New Mexico Ice Wolves home opener.

More than a hundred fans gathered in their seats once again to see the Ice Wolves take on the Corpus Christi IceRays for their first home game of the season. Many so thankful to be back especially after last season getting impacted by the pandemic.

"I know they were on the road a lot last year so I’m excited for them to be here and see them play," says Elli Guzzo."We are very excited that the boys are back in town it was tough to be on the road all last season," says Tyler Branch.

For head coach and general manager Phil Fox, seeing those fans back in the stands is firing up his players. "It feels great,” says Fox. “The fans here love hockey, they love their Ice Wolves and we are happy to be playing in front of them."

As much as the Ice Wolves were playing for their fans, they were also playing for one of their own. Mack Motzko who died this summer in a car crash.

Fox says, "It’s tough anytime you lose anyone who is part of your family and anyone who plays here we consider family." As the players headed on the ice, they patted his jersey to honor him.

"This season is definitely dedicated to number 17, Mack,” Fox says. “So we are looking forward to having him above us and giving us the strength we need."

Click here for more highlights from the home opener. 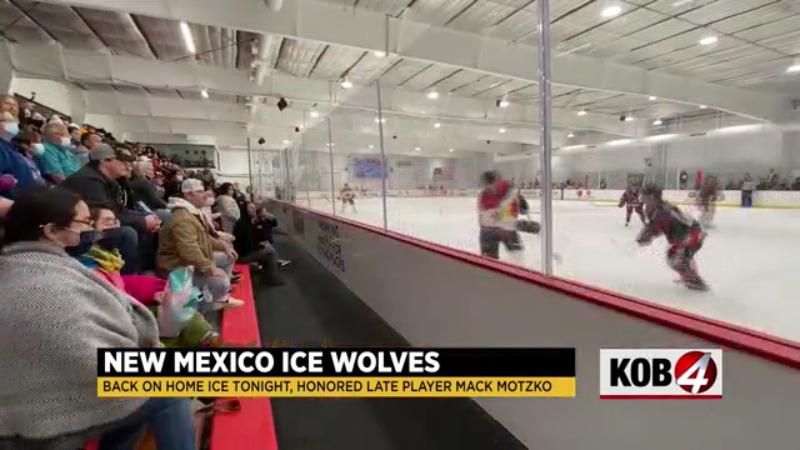