Improvements made to ABQ BioPark, new exhibits slated for the zoo

Mayor Tim Keller said the zoo will add a new Asia exhibit and an Australia exhibit.

There are also plans for a new Heritage Farm at the Botanic Gardens this year, along with a new train connecting the BioPark.

"The Heritage Farm is going to include portions of farming and agriculture, every aspect of our history," Keller said. "So it’ll be sort of a Native American program, there’ll be a sort of colonial program, and a more sort of territorial program sort of hitting the three phases of New Mexico agriculture.”

The new projects will be paid for by a 1/8 cent gross receipts tax increase that was passed by voters in 2016. It’s also funded a series of improvements at the BioPark while it was closed during the pandemic. 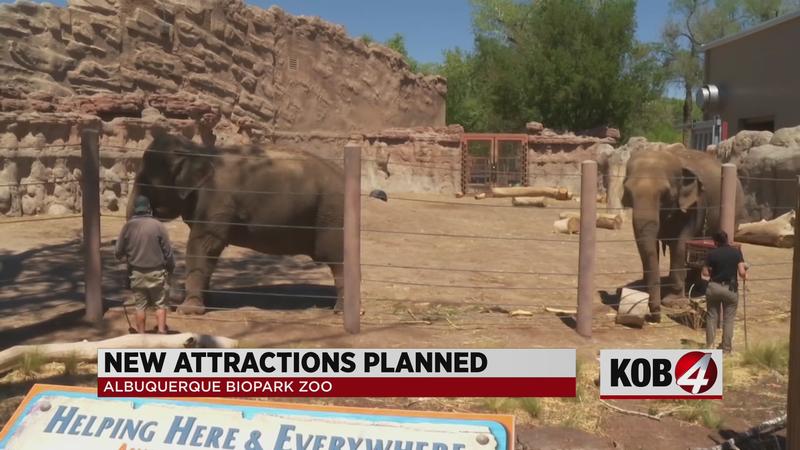 "We’ve improved many of the sidewalks at both the Botanic Garden and as well at the zoo," Stephanie Stowell, ABQ Biopark director. "So a smoother guest experience for a lot of our visitors and we’ve also laid much needed expansion to fire optics and water utility lines. ”

The BioPark reports that $17.4 million worth of improvements were made over the last year.

There are also plans to add a training wall in the elephant exhibit, which would allow visitors to interact with the zookeepers who are caring for elephants.

"We’re trying to turn around what happens behind the scenes and bring it upfront for our guests to experience," Keller said.

Visitors appear to be appreciating the improvements.

"Our community is really showing up and responding by buying memberships and then also taking advantage of our time ticketing system, and we are selling out and that’s what speaks to the 92% to 2019 comparison," Stowell said.