One of the main goals of this project is to look for different types of organic molecules and whether they suggest microorganisms were ever living on Mars. Just the other day, the rover drilled and stored its first sample of a rock on Mars.

After an unsuccessful attempt last month, this past Wednesday the perseverance rover again began its sample-taking process by drilling into a Martian rock.

After the sample was drilled, pictures were taken of everything from a camera that’s attached to the rover.

Once the scientists back on earth confirmed that the sample was in the tube and sealed – more pictures were taken and the tube was successfully stored.

"There’s 37 other tubes that we can fill with rock samples, so we have a bunch to go, but this is the beginning showing that we can do it,” said Wiens.

However, it could be a while before the samples actually make it back to Earth.

NASA and the European Space Agency are still planning future missions to bring these samples back so they can be studied.

"A rocket that will get sent down to the surface of Mars, where it will get launched to go up into orbit around Mars with these samples, where they can be transferred to another spacecraft that can bring them back to Earth,” said Wiens.

If everything goes according to plan, these samples will be the first returned to Earth from another planet. 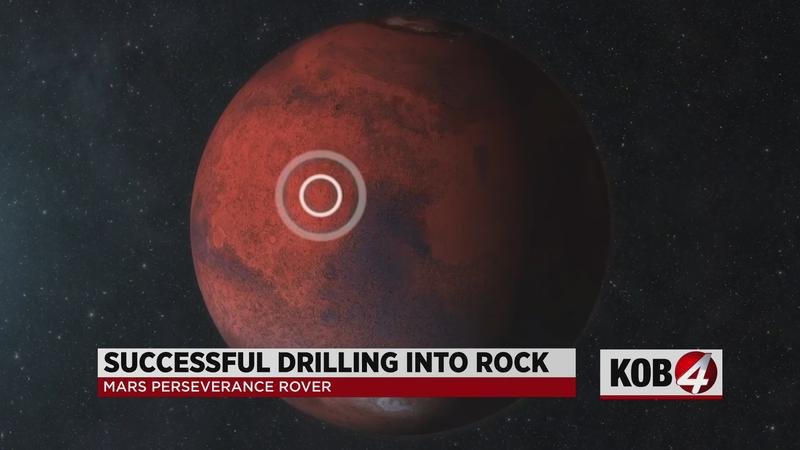