The academy includes 80 hours of classes over two weeks.

It’s an opportunity for officers to get a better look at what it takes to become a detective.

"It’s completely different as being a field officer," said APD officer Norman Shatto. "So I think you can put this investigative side to use in the field as well."

Employees with the district attorney’s office are also taking part in the academy. 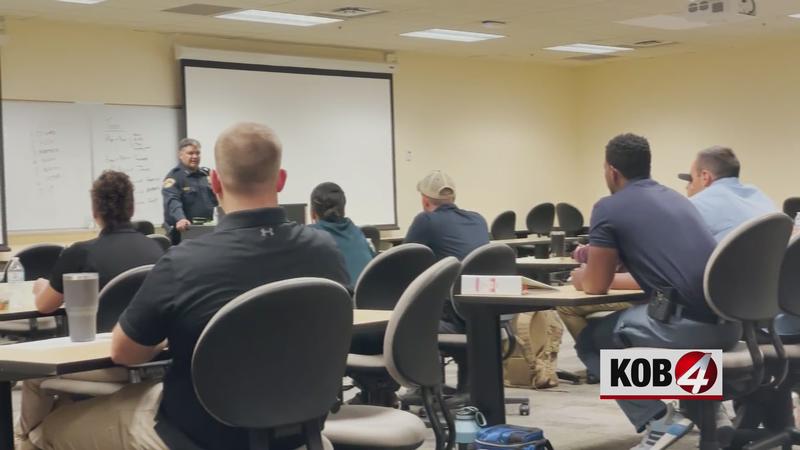 "At the end of the day, the goal is the same, you know, officers who make the arrests, who do the investigations and the outcome, we all want is the same," said Christina Marquez.

This first week of the new detective academy comes as APD investigates its 57th homicide of 2021.

"This program is designed to do both those things– to train up investigators so they’re good at their job and also create a pipeline so we have more in the future," said Albuquerque Mayor Tim Keller.

Leadership with the department said they weren’t doing enough.

"Ultimately, as an administration, we were failing our officers and putting them in a tough position by not giving them the most advanced training to succeed," said Chief Harold Medina.

Medina added that the department is looking at more educational opportunities.

"We’re also looking to add the specialty training for the unit they’re specific to at a later point," he said.

APD is also working to bolster a Victim Advocate Unit, trying to provide the resources necessary to solve crimes, get them through the system and find victims justice.

"We do believe this is a very significant long-term investment in preventing future backlogs," Keller said.

"We were doing mock scenarios today to interview people, and I was thinking about someone I interviewed last week and just how I was beating myself of how better that interview could’ve gone if I had the training," Shatto said.