In order to prevent another pandemic, LANL scientist looks to the sky

LOS ALAMOS, N.M. – It’s been nearly two years since COVID-19 jumped from bats to humans, resulting in a large-scale pandemic. Los Alamos National Laboratory is trying to get a head start on the next threat.

Pandemic experts said the next world-changing virus will likely come from the sky.

"What we’re doing is focusing on the ‘how,’ so we can better predict the ‘when,’" said Jeanne Fair, a researcher with Los Alamos National Lab.

Fair is one of the scientists helping to lead a new international project that aims to keep bird flu with the birds.

"So we’ve heard about bird flu for almost about two decades or more," Fair said. "So the bird flu came from wild birds and then was into the poultry. We were concerned about that because it was considered a zoonotic disease, meaning it’s in the wild birds, agricultural animals like poultry, and then also humans." 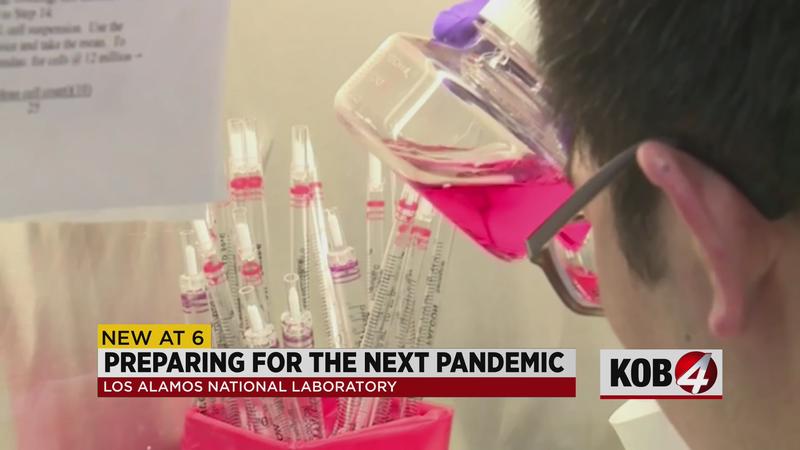 "I mean if we think back 3 years ago, and you ask somebody about coronaviruses and bats, you might say, well yeah, there’s a risk, but we don’t know how much, so it’s sort of the same predicament," Fair said.

Several institutions from the U.S., Eastern Europe, and the Middle East are working together to track how avian influenza is changing in migratory birds and how to isolate it before it can mutate into a pandemic-level threat.

“When we think of bio-surveillance, it’s diagnosing, detecting and reporting on infectious diseases, and so it is strengthening bio-surveillance for wild birds and this is particularly important for pathogens of pandemic potential, such as avian influenza or other especially dangerous pathogens," Fair said.

She said building a trusted network of scientists through projects like this can help find those viruses before they become a real problem.

"One of the things I like to say – if you wait until the first day of an outbreak to exchange business cards, then the pathogen’s already won," Fair said.