ALBUQUERQUE, N.M. (AP) — A historical plaque memorializing Indigenous children who died while attending a boarding school in New Mexico more than a century ago has gone missing.

Indigenous activists are pushing the city of Albuquerque to investigate.

The plaque was located in a park near the Indian Pueblo Cultural Center.

Members of the Coalition to Stop Violence Against Native Women are among those looking for answers.

City officials say they’re working with tribal leaders and others to determine what steps should be taken. 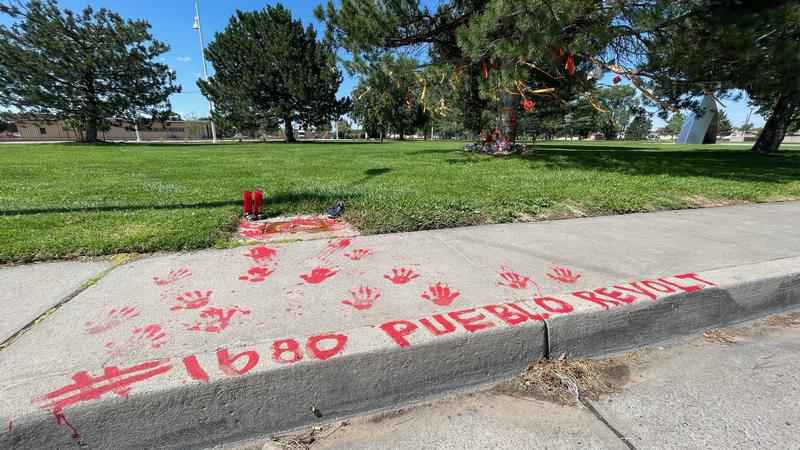 The removal of the plaque comes as the U.S. government embarks on a nationwide investigation to uncover the troubling history of boarding schools that sought to assimilate Indigenous youth over many decades.

Here is the full statement from Dave Simon, the director of Albuquerque’s Parks and Recreation Department:

“We have been made aware of a missing plaque at 4-H Park, which denoted the area as a final resting site for students from the Albuquerque Indian School. The plaque was not removed by the City. A public art piece and second plaque remain in place at the park that also references the history of the site. Our department, along with the City’s Native American Liaisons, will now be working with leaders from the tribes and pueblos, the City of Albuquerque Commission on American Indian and Alaska Native Affairs (CAIANA) and historical experts, to determine what steps should be taken next.

As we continue to work with the respective leaders on this issue, we urge the public to respect the cultural and spiritual significance of this site.”

We are inviting the community to visit this site and leave offerings and prayers.

This shrine is lawfully protected memorial or ‘Descanso’ under the New Mexico State Statute of 30-15-7. pic.twitter.com/h4yW6PGyKh