Court documents reveal the driver who caused the crash told investigators she was on the way to buy more alcohol.

42-year-old Nicole Vargas – who wasn’t hurt in the crash – is charged with great bodily harm by vehicle, DWI.

According to a criminal complaint, Vargas T-boned another car on Wyoming just south of Lomas Saturday night.

Witnesses said Vargas was speeding and running red lights before the crash.

An infant girl in the car Vargas hit was thrown from her safety seat and taken to the hospital with internal bleeding and severe head trauma. The driver of the car with the infant inside was also hurt but will survive.

A passenger in Vargas’ car was also seriously hurt.

According to the criminal complaint, Vargas told investigators, "she had consumed a ‘six-pack’ of ‘hard seltzer’ and had driven to procure more alcohol."

Investigators wrote in court documents that Vargas performed poorly on two field sobriety tests and was unable to stand on one leg. 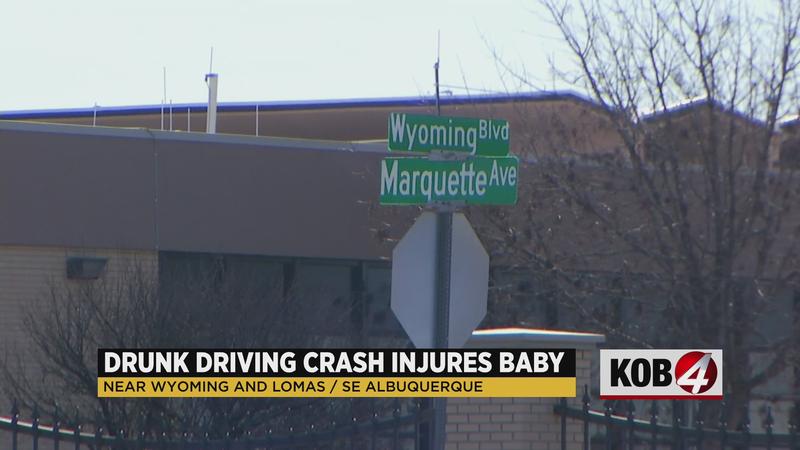