ALBUQUERQUE, N.M. – Izaiah Garcia is a murderer, convicted of killing Sean Markey – a high school senior leaving a homecoming party in 2019. He’s in jail, awaiting trial for a different murder, and now he allegedly stabbed a man accused of killing his 16-year-old brother.

According to court documents, Garcia took a "sharpened plastic shank," and stabbed Christopher Byers more than 20 times in the neck last Thursday at the Metropolitan Detention Center.

Byers is in jail awaiting his murder trial of Thomas Nunn, who was apparently Garcia’s brother. According to court documents, Garcia told Byers – "This is for my brother."

Byers was rushed to the hospital. County officials said the wounds were superficial, but court documents describe a large amount of blood trailing all over the pod.

In a statement, Byers attorney said, “it is the jail’s responsibility to ensure health and safety of the people confided there," and that they "are on ever higher alert for the safety of our clients."

Byers has since been returned to MDC.

KOB 4 has another perspective on last week’s jail stabbing, from the mother of both Garcia and Nunn – Lyla Garcia.

She told KOB 4 that she wants justice for her son, Nunn in the ”right way.” And she wants Byers – who’s charged with killing him – to move through the court system in the same way her son Izaiah did.

"Nothing I say or do or cry, scream, is gonna bring Thomas back. And nothing I do is gonna change the fact that my son is in jail. And the fact that I’m on both sides is very hard," said Lyla Garcia.

Izaiah is at MDC awaiting his trial for the murder of Cayla Campos. Police said Izaiah shot Campos at Bianchetti Park while she was playing Pokemon Go with her boyfriend in 2019.

Bernalillo County released a statement regarding the stabbing last Thursday:

The incident is currently pending investigation. This would include information and/or circumstances leading up to the incident. The Office of Professional Standards has been assigned this investigation, and as per MDC Policy will look at issues that could have contributed to this incident. In addition to this MDC will take those findings and change policy where necessary if the investigation determines it. 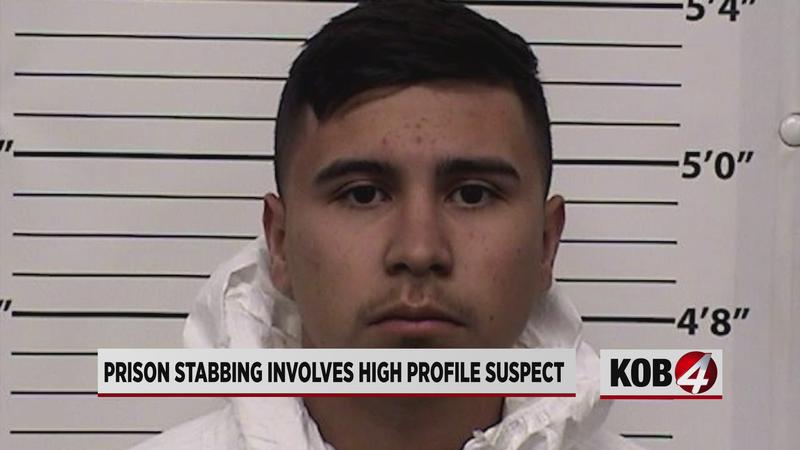