Inside Look: Hydrogen production center to open in the North Valley

BayoTech is putting the finishing work on a brand new hydrogen production center in the North Valley. It’s the first of its kind in New Mexico.

"This is an enormous opportunity for the entire state," New Mexico Gov. Michelle Lujan Grisham said.

Once fully operational, the new facility will be able to produce up to 1,000 kilograms of hydrogen fuel per day. It’s a small piece of infrastructure that’s promising a big impact. 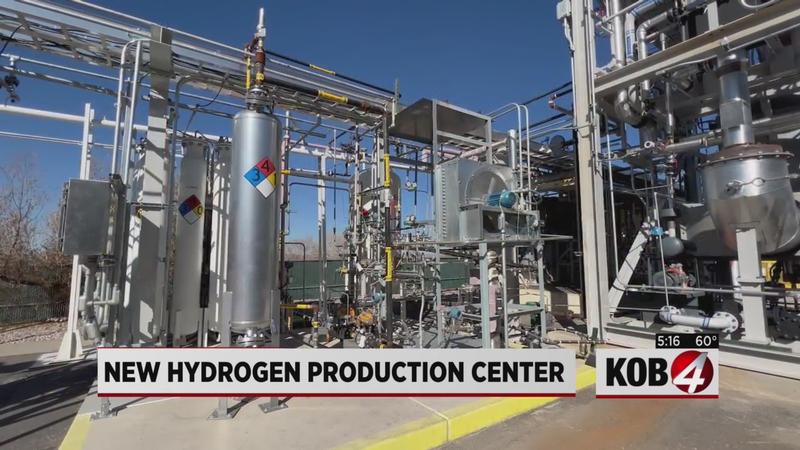 "This is clearly the next phase of our efforts to create a clean energy economy, and to be moving in that transition space," Lujan Grisham said.

The governor is planning to introduce the Hydrogen Hub Act during the upcoming legislative session – but she said the ball is already rolling on plans to convert the Escalante Power Plant into another hydrogen production facility.

"They are going to be, likely, the first converted power plant to hydrogen in the country," Lujan Grisham said.

BayoTech said New Mexico was the obvious choice for its first facility – most of the technology was designed at Sandia Labs, and many parts of the facility were manufactured in Farmington.

The company said they are planning to build 50 more production facilities across the country, and even a few in Europe.