ALBUQUERQUE, N.M. — Intel has announced a $3.5 billion investment in its Rio Rancho plant.

The company will upgrade the facility to manufacture a new kind of microchip technology that involves stacking chips on top of each other to increase processing power.

"We are proud to have invested in New Mexico for more than 40 years and we see our Rio Rancho campus continuing to play a critical role in Intel’s global manufacturing network in our new era of IDM 2.0.,” Esfarjani said. 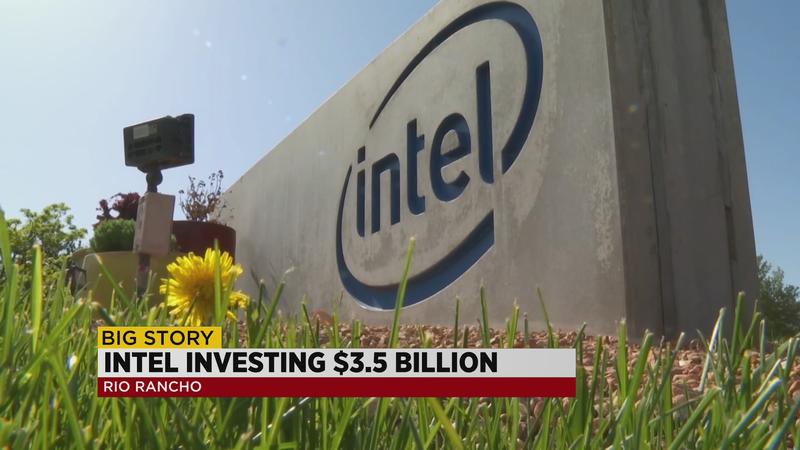 Hiring had slowed down at the Rio Rancho manufacturing facility over the last year, according to Albuquerque Business First. There were 82 hires in 2020, following more than 500 hires in 2019.

This new investment is expected to create 700 high-paying jobs over the next three years, as well as 1,000 construction jobs and 3,500 additional jobs in the community.

“Intel’s $3.5 billion investment in New Mexico will create 700 new jobs in the next three years and establish the Rio Rancho campus as the company’s domestic hub for advanced semiconductor manufacturing,” Gov. Lujan Grisham said. “With this exciting development, we are already seeing the benefits of this year’s legislation expanding LEDA, generating high-quality and high-paying jobs for New Mexicans. The state and Intel have a 40-year partnership, and today, with innovative economic development tools and global demand for this technology, we can celebrate a new generation of workers and job growth at Intel’s New Mexico manufacturing plant.”

"A lot of our small businesses have struggled during this time period, and having this type of investment in the community is going to be such a boost to morale for all of our local businesses, local contractors, people looking for work. This is exciting news,"
the mayor said.

The mayor said nearby businesses will get a boost from the 700 new Intel employees who will be working at the plant each day.

"The local businesses, especially right here where people can go and sit and dine, and fortunately, this is right in time for things opening up again, so I can sit here and list jobs all day long," Hull said. "That’s what they were talking about is the ancillary and support jobs that are going to come out of this investment are in the thousands."

Breaking: Intel announces $3.5 billion dollar investment to expand its Rio Rancho facility. It’s expected to create 700 high-paying jobs over the next three years, as well as 1,000 construction jobs and 3,500 additional jobs in the community. @KOB4 pic.twitter.com/vh4yMvH89u