ALBUQUERQUE, N.M.- Advocates are hopeful that Interior Secretary Deb Haaland will help bring justice and closure to the thousands of Indigenous families of missing and murdered people.

Haaland promised to prioritize Native American issues when she left congress and joined the Biden administration.

In April, Haaland said she would create a new unit that will use federal resources to solve cases involving missing and murdered Indigenous people.

"Right now, there are people in this country and that don’t know where their loved ones are," Haaland said. "They haven’t been found. So solving the unsolved cases is one of the priorities of that unit."

According to the Centers for Disease Control, homicide is the third leading cause of death among American Indian and Alaska native women, and girls from ages 10 to 24. 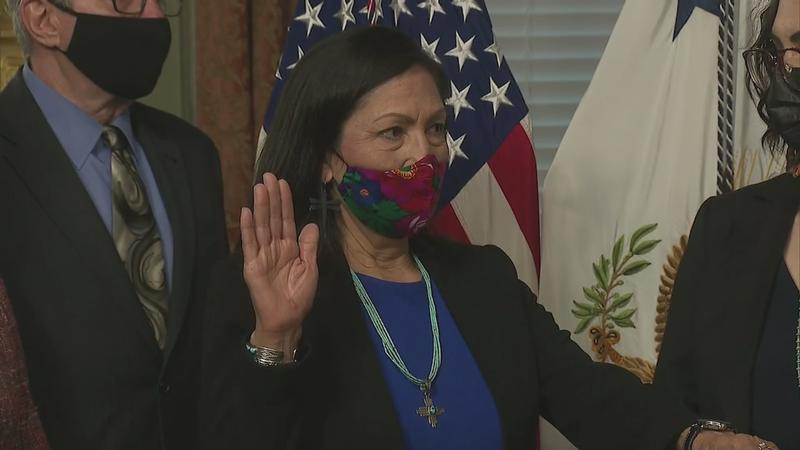 A task force for the Department of Justice was trying to address the issue under the Trump administration.

But Haaland’s plan doubles the number of investigators and increases their budget from $1 million to $6 million.

"There’s so many families that are still seeking justice for their lost relatives and many of them without any answers or involvement in their case," said Lynn Trujillo, cabinet secretary for New Mexico’s Indian Affairs Department.

Trujillo believes the unit will put an emphasis on helping the victims in New Mexico.

"I think with this establishment of this unit, it not only puts resources but priority on the crisis happening, not only here in New Mexico, but across the nation," she said.

A study from 2019 put New Mexico on the top of the list of states where Indigenous women have gone missing or have been murdered.

Haaland’s initiative will focus on both men and women.