ALBUQUERQUE, N.M. — Isela Camarena is accused of setting fires at the Islamic Center of New Mexico. She was arrested Wednesday.

"Miss Camarena, the state has filed a motion for pretrial detention in your case," Rogers said. "What that means is that we will not be addressing conditions of release today. Instead, you will remain in custody and the case will be transferred to district court."

The next hearing will be next week to determine if there are any conditions of release for her. Camarena faces arson charges after police said she set multiple fires at the Islamic Center of New Mexico in late November, causing thousands of dollars in damage. 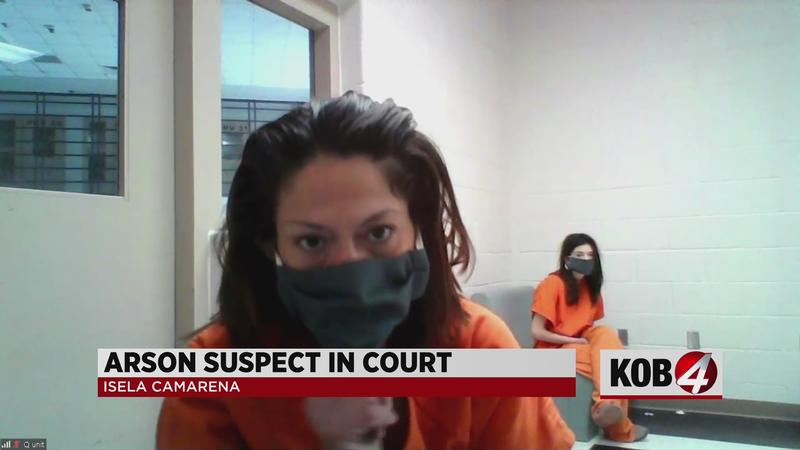 According to the arrest affidavit, a family member saw the photos of her setting the fires and identified her. She now faces a felony arson charge.