"I noticed that the media is playing, in reports, significant sections of the surveillance footage, yet those of us defending Ms. Camarena have not been provided those copies," Lindsey Rosebrough, Camarena’s defense, said.

Camarena appeared in court Tuesday. Prosecutors asked a district court judge to keep her locked up, but the argument didn’t get far.

"I’m asking for a continuance at this time," Rosebrough said.

According to the arrest affidavit, a family member is the one who recognized Camarena from photos and security footage. The warrant showed she had been to the Islamic Center of New Mexico twice before she reportedly set these fires. 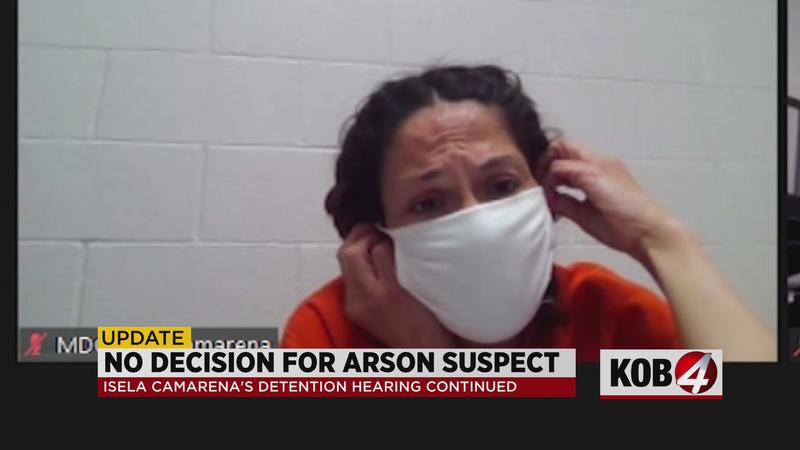 "At this point, your honor, the state would request to move forward with the hearing today," said Carmen Gutierrez, prosecutor.

Judge Hart granted the defense motion to continue the hearing – meaning whether or not Camarena stays in jail ahead of her trial will be determined at another hearing.