Islamic Center of New Mexico thanks community for taking action

ALBUQUERQUE, N.M. – A woman was caught on camera setting fires at the Islamic Center of New Mexico last week.

Now we’re hearing from some of the people in the community who jumped into action and put those fires out.

"As I was on my phone, I noticed that one of my brothers pointed out that there was a lot of smoke coming out from the front building,” said Esteban Otiz.

As that fire got bigger, Ortiz, a co-owner of the shop across the street, jumped into action with two others following suit.

“We started pulling out the trash can, but as it started fire, it started melting and went to the floor mats,” said Ortiz.

Thankfully, they were able to get the fire out before it spread into the building.

"If you see something, I think you have to go do something about it, right? That’s all I tried to do. I saw something wrong and I tried to help.”

On Friday, members of the center gave thanks that community members were at the right place at the right time – saving the building and now helping law enforcement track down the person responsible.

“I pulled in and there was a lady by the building walking away from it. I thought she worked here so I asked her ‘hey, are you guys open?’ said Justin Gibbs, Xfinity worker.

Gibbs was at the center on that day, working for Xfinity in the area. He passed right by the suspected arsonist. Now he’s trying to help authorities identify her.

The FBI has released photos, hoping someone can identify the woman.

“I was shocked. I couldn’t believe that happened,” said Gibbs. 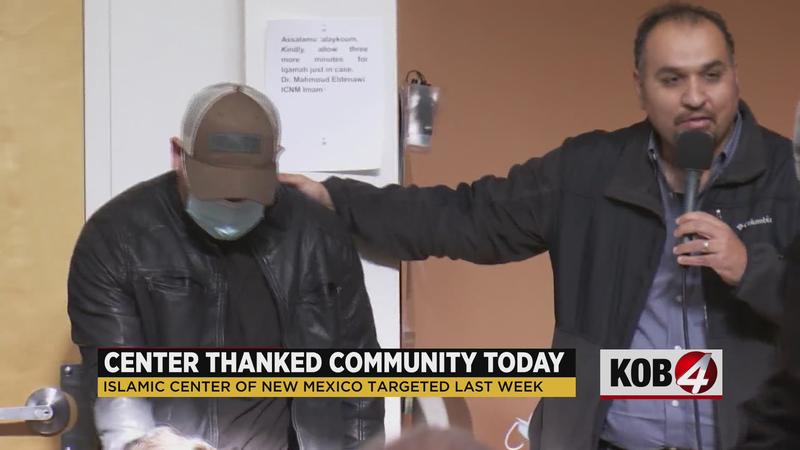