ALBUQUERQUE, N.M. — Officials with the Albuquerque Isotopes said they’re optimistic about bringing back the team safely this season.

“Well Major League Baseball has told us to expect an on time opening for the season, which would be early April,” said John Traub, general manager of the Isotopes.

Traub said he hopes the Isotopes can return sooner rather than later, but there are still some questions about reopening. Under the state public health order, sports teams will be allowed to resume if the state approves of their reopening plan, and if the county they play in meets certain requirements.

As of right now, fans will not be allowed to watch games in person.

"We’re not going to be able to play with no fans in the stands, so we need some kind of level of seating capacity allowed,” Traub said. 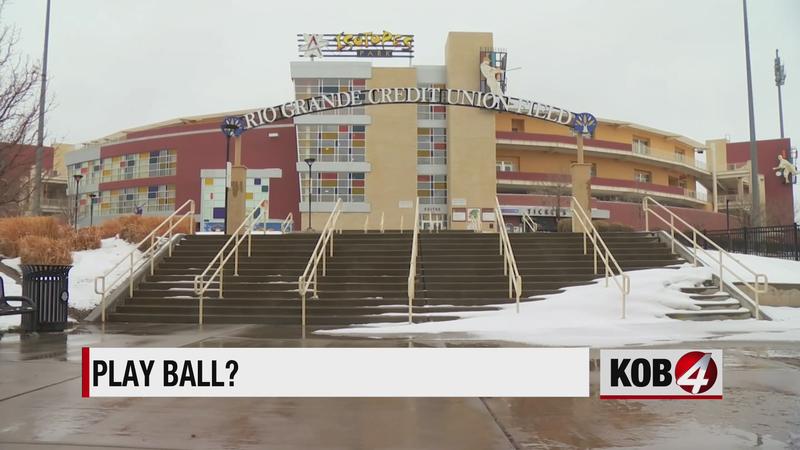 Traub said the team would need to generate at least some of its revenue from ticket sales.

"Well, I’ll tell you this—last week’s news about Bernalillo County going into yellow was very encouraging. We keep monitoring the COVID numbers on a daily basis and things continue to trend in a positive direction, and if they can continue to do that, and we can get to green, and we can hopefully get to whatever they’re going to call green plus to allow stadiums to open—that’s where we need to get to, so I think we’re hopeful. I think we’re cautiously optimistic we’re going to get there,” Traub said.

Traub said the Isotopes are working on reopening Rio Grande Credit Union Field with COVID-safe practices and will take additional steps if needed. What those steps would look like depends on how many people can attend games in person.

"Cause if it’s 25 percent it’s one thing. If it’s a different percentage, it looks different in terms of the seating manifest, but the stadium will be ready whenever we’re able to open and we’ll have all of our COVID-safe practices in effect,” Traub said. “it’s just a matter of getting some direction from the powers that be at both MLB and state of New Mexico to plan accordingly."

State officials said they’re encouraging New Mexicans to register for the vaccine and follow COVID-safe practices so they can get back to enjoying their favorite pastimes.

An official schedule has not yet been released, however players will begin spring training next week in Arizona.