ALBUQUERQUE, N.M. — Baseball season is in full swing, and the Isotopes have a packed schedule for their 20th year. The local team had its first game Tuesday in Oklahoma City. Meanwhile, in Albuquerque, officials have been working on new concessions for the first home games next week.

‘I-Chee-Wa-Wa’ is something fans might say when they take their first bite of the new barbecue pulled pork sandwich, of the same name.

The sandwich also has a classic New Mexico twist with a green chile relleno stuffed inside. The ‘I-Chee-Wa-Wa’ is just one of three new menu items for the 2022 baseball season, which also includes the ‘Green Chile Philly’ and a line-up of Wild West Sausages in four different flavors: duck cilantro, alligator, rattlesnake/rabbit, and elk.

"The nice thing about all these sausages is they are not very heavy in fat content,” Griego said. “So if you’re really watching your weight, these are probably the way to go.”

Griego has only been working with the team for a month and half, but officials say it did not take him long to hit a home run.

"Personally, I think he’s really, pardon the pun, hit it out of the park," said Isotopes General Manager John Traub.

He also said park officials work hard to get the food just right because it is almost as important to fans as the game itself.

For anyone who wants to try the new menu for themselves, the Isotopes first home game is next Tuesday, April 12. Tickets are available now online. 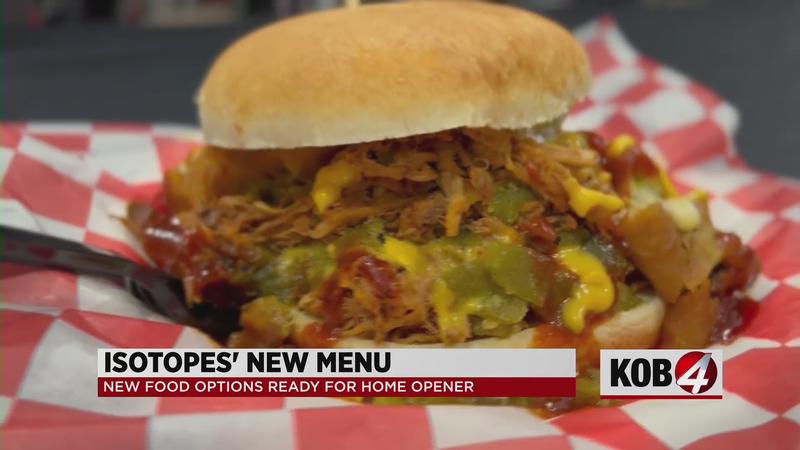