ALBUQUERQUE, N.M. — The Albuquerque Isotopes will play ball at The Lab for the first time in more than 600 days.

"Well we’re very excited. You know the entire community has been waiting 20 months for the Isotopes to come back. It’ll be the first event here in 617 days,” said John Traub, general manager of the Isotopes.

Traub said Isotopes Park will feel like a brand-new stadium because it hasn’t been used for baseball since 2019. It’s quite the streak to snap when the Isotopes finally open their season at home Thursday night.

"It certainly provides a path towards normalcy that we’ve all been waiting for so long, and after the year everybody went through, it’s time to put that stuff a little bit in the rearview mirror and start looking forward to some better times for sure,” Traub said.

Traub said fans should expect to see some new changes to keep everyone safe. Those new additions include touchless water fountains, blocked off benches, Plexiglass, and signs reminding people to keep their masks on and refrain from asking for autographs. 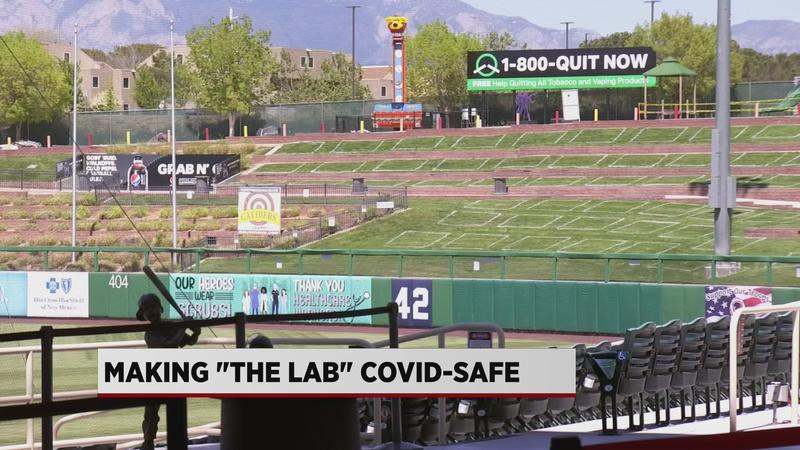 People can still stand in line to order food, but must remain socially distanced. There will also be the option of ordering food online, then waiting to be notified when it’s ready via text message.

"We’ve been talking about all these changes since last May, or March even. And we’ve been talking to the city and the city did a good job responding to a lot of the things we’ve discussed over the last year, plus,” Traub said.

Because Bernalillo County recently moved from Level Yellow to Level Green, the Isotopes and New Mexico United soccer teams can increase their attendance from 25 percent to 50 percent. However, the clubs plan on selling less than that to make room for social distancing.

"Ticket sales have been terrific for all six games. There are seats still remaining. Again, that’s another thing we want people to do is buy their tickets online,” Traub said.

The Isotopes will play the Sugar Land Skeeters Thursday at 6:30 p.m.