‘It’s been one heck of a ride’: Farmington Scorpions star senior looks ahead to state tournament

FARMINGTON, N.M. – The Farmington Scorpions girls basketball team enters the state high school basketball tournament Friday with a record of 26-2 on the season.

That’s how Farmington senior Kiiyani Anitielu describes their season – and her high school basketball career in general – as she and her team prepare for the first round of the state tournament.

Her dad introduced her to the sport she now loves, but it wasn’t always that way.

"First I was like. ‘I don’t know about this sport, you know, cause I wasn’t very good,’ but I kept at it," Anitielu reflected. 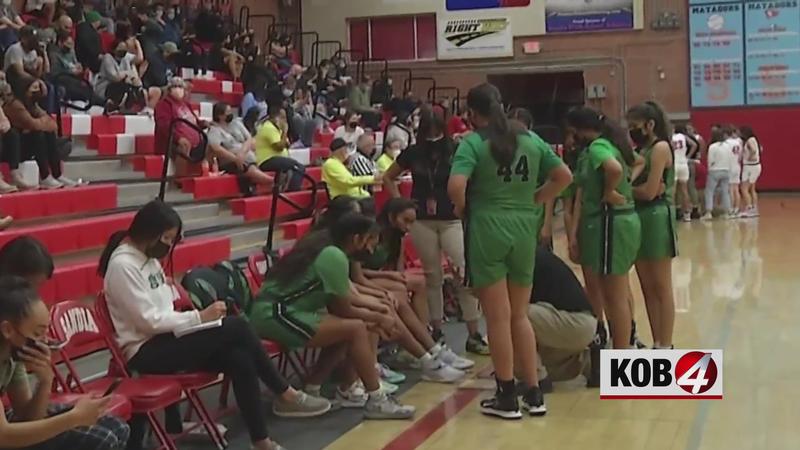 Anitielu even walked away at one point, but she soon realized basketball was her thing. Now, she has become one of the best players in the state – averaging 20 points per game.

"You know it’s the first time I’ve coached a player whose work ethics are beyond anyone I can compare to right now," said Larenson Henderson, head coach of the Farmington Scorpions girls basketball team.

Beyond the Scorpions, she also plays on the New Mexico Clippers club team – which has been an experience she’s grateful for.

"It takes me places – places that I never thought I could actually be – and it connects me with a lot of people," Anitielu said. "I think that’s the most beautiful thing about this sport."

Anitielu and the Scorpions play at home Friday against the Eldorado Eagles.