‘It’s got to stop’: Frustration sets in after green-thumbed thief hits again

ALBUQUERQUE, N.M.- It appears nothing has stopped Albuquerque’s green-thumbed thief.

This time, the plant poacher was caught on camera pulling up plants from Freddie Keith’s front yard in northeast Albuquerque.

The sun was already up around 6:30 a.m. last week when Keith’s home security cameras caught the woman reach into his flower bed by the front door. She rips one of the plants out and stuffs it in her sack.

Then she heads over to a flower pot and pulls out some more flowers before walking away. 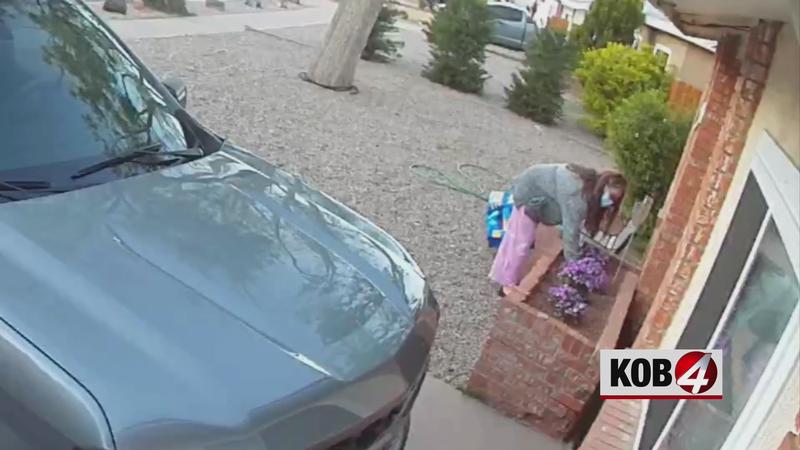 "She was pretty calm and she seemed to take her sweet time,” said Keith. “The fact that she did this in broad daylight with somebody home said to me that she just didn’t have a care in the world."

A woman wearing pajamas, the same black gloves, and appearing to drive the same car was caught on camera stealing plants from Steven Saavedra’s garden not once but twice.

After the second time, Saavedra was hoping someone would turn her in.

"I was hoping that we would get some identification at least somebody to tell her ‘Hey look lady you’re camera. Stop going over there to that house,’" said Saavedra.

Both men live in the area of Tramway I-40 and believe it’s the same woman.

"I would just tell her if she needed a plant that bad I’d go by her one,” said Keith. “Just to stop. It makes no sense. She’s trespassing. I feel like she’s violating people’s property. There’s no reason for it. If you want a plant that bad I’ll buy you one. It’s got to stop."